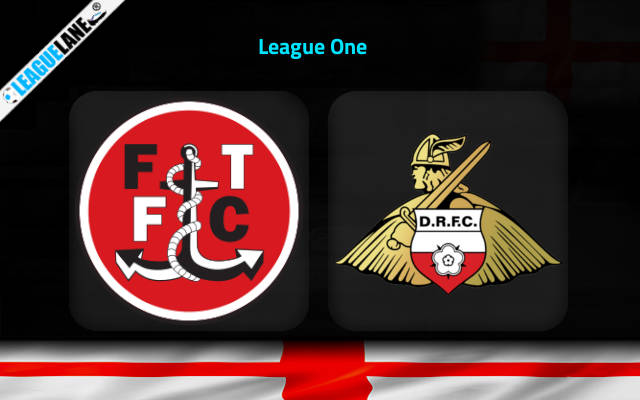 Fleetwood are on a string of back to back losses as they have been defeated in the last 5 games in a row. It has been 12 games back, since they have last seen a league victory and that too happened 2 months back. Doncaster Rovers are currently fighting relegation as they are in tally with Crewe marking the highest number of league losses. Both sides are in dire need of a win and with only 4 points and 3 places apart, The Cod Army will host the Rovers at Highbury Stadium this Saturday for the 39th Round of League One.

The Cod Army is at the 19th spot on the standing with only 33 points from 37 games. They won only 7 times in the league while drawing on 12 and losing on 18 other occasions.

Fleetwood marked their fifth loss in consecutive against Wycombe by 1-0, the previous week. Over their past half dozen games alone, a total of 20 goals have been recorded for both teams combined with 6 of them being chalked up by the hosts.

On the other hand, The Rovers resides in the second last the 23rd position on the table with a mere 29 points. Of the 38 matches played, they won only 8 times in the league while drawing on 5 and losing on 25 other occasions. Their total goals to conceding ratio stands at 28:73 showcasing dreadful offensive and defensive lineup.

Doncaster rovers lost their last league fixture by 0-1 against Gillingham. They have lost each of their last two league games, failing to score in the process and they last lost three consecutive league fixtures without finding the back of the net was in 2016.

Fleetwood haven’t been beaten in the league by the visitors in their previous 4 matches and haven’t won at home in the past 4 league games. Meanwhile Doncaster Rovers have not won away from home in their last 2 league matches. Therefore we predict a draw or home win to occur this weekend.