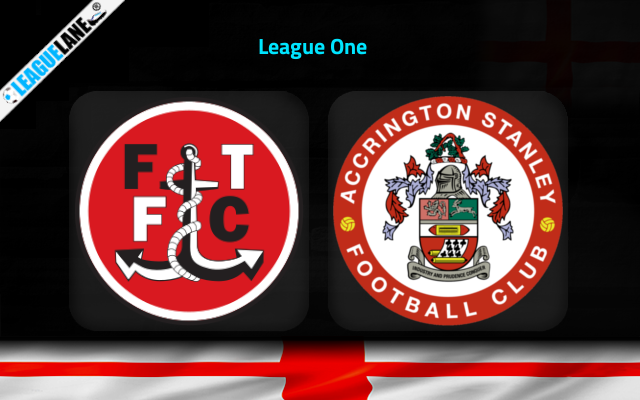 Fleetwood have find a spot outside the danger zone after recording some unbeaten fixtures of late. They are currently at 19th on the table with a total of 38 points in hand. They owns a decent offensive and a dreadful defensive line-up.

Fleetwood were last seen playing a 1-1 draw at home against Lincoln City in a League One fixture. With that draw, they are now following a streak of three unbeaten fixtures in the league. They will be hoping to make it four.

Meanwhile, Accrington are having a disappointing form in the league lately. They have only collected two points from the past 5 league fixtures. They occupy the 14th spot of the table with a total of 51 points. Their goal numbers are displeasing as they possess a pathetic defensive side.

Accrington recorded a 3-0 defeat against Wigan on road in their most recent league fixture. With that defeat, they are now on the back of five consecutive winless games in the league.

Fleetwood are having an impressive form at home lately. They are unbeaten in 8 of the past 10 home fixtures. Those fixtures include the teams inside the safe zone of the points table.

On the other side, Accrington’s current slump is boosted on road recording 9 winless games in the past 10 away matches. 7 of those 10 away matches ended up in a defeat for them.

By the looks of things, we expect a win for Fleetwood as they looks to have a better form when compared with Accrington. Therefore, we are in favor of Fleetwood to seal a win from this fixture on Saturday.