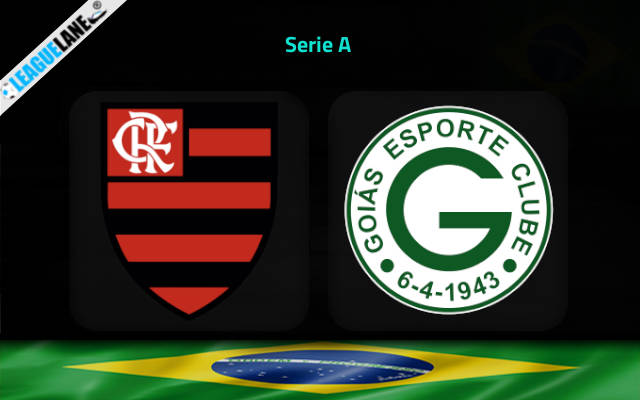 The runners-up of the last season have faced a rocky start in this season’s matches. They are winless in the last four matches and have secured only one win from the last six matches. Their current performance has placed the team 16th on the league table with six points from their matches. They are on par with the first team on the relegation zone on the basis of league points. Flamengo hopes to get back in form and move up the ladder in the coming matches.

Flamengo played their last match against Ceara, in which both teams scored two goals each, ending the match in a draw with 2-2 FT score.

Goias has shown a gradual increase in their form in the recent matches. After a rocky start to the season, the team has secured wins in the last two consecutive matches and has kept clean sheets in the matches as well. Currently, the team stands 13th on the league table with eight points to their name.

Goias played their last match against Santos, in which Santos Goias scored one goal while Santos could score none. The match ended in a win for Goias with 1-0 FT score.

The last season runners-up is having a difficult time in the recent matches. They have not secured a win in the last four matches. Goias has won consecutively in the last two matches and has achieved clean sheets in the match.

Flamengo has got mixed results in their home matches this season. From the three matches played, the team has won, drawn and lost in one match each (1-1-1). Goias had lost in the first two road trips of the season but has secured a win in the last away match.

Looking at the records, the match will most likely end in a win for Goias or in a draw. With both teams scoring under 1.5 goals in their matches, we can expect the match to end with under 2.5 goals.