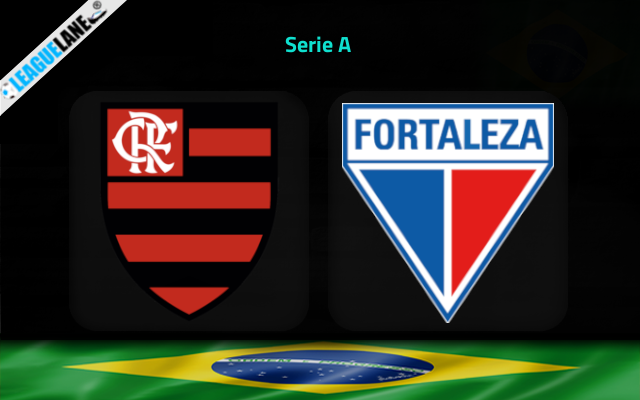 Flamengo had an average start to this season. They recorded a dip in between and gains back the unbeaten consistency lately. With a sum of seven points snatched from the past three games, they bagged a total of 12 points for occupying the 8th spot of the league table.

Flamengo recorded a 1-2 win on road against Fluminense in their most recent league fixture. With that win, they are currently having a streak of three unbeaten games in the league. They will be hoping to extend it to four in a row by sealing a positive outcome from the upcoming outing.

Meanwhile, Fortaleza had a dreadful start to this season. They maintained it further and their consistency in remaining winless pushed them down to occupy the rock bottom spot of the table. Among all other Serie A outfits, Fortaleza is the only one who is yet to record a win this season.

Fortaleza recorded a 1-1 draw against Juventude at home in their most recent league fixture to wove a thread of seven subsequent winless games in the league. They will be desperate to record a positive display for sure.

The home form of Flamengo is so impressive of late. They won each of their past five home outings across all competitions. In league fixtures, they are unbeaten in three of their four home outings so far this season.

On the other side, Fortaleza are lost all their on road outings this season. Their defensive side looks disappointing and we can expect them to leak at least twice here.

On top of that, Flamengo possesses an impressive head to head form against Fortaleza of late. Hence, we back Flamengo to seal a win from this fixture on Sunday.