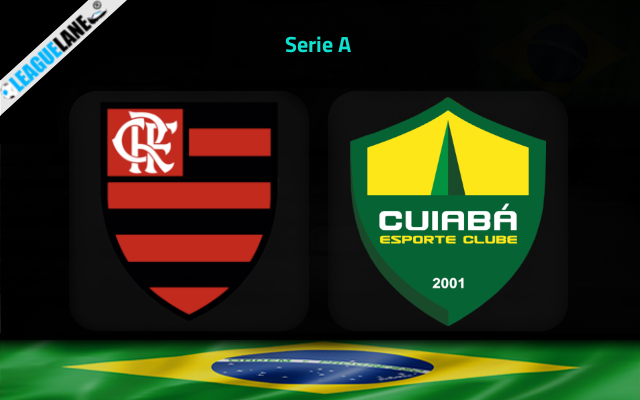 Flamengo had an inconsistent start to this season. They have improvised their form further by sealing some positive and drawn outcomes to remain unbeaten in the league. However, they are still residing a position closer to the danger zone of the table.

Flamengo recorded a 3-1 defeat on road against Internacional in their most recent league fixture. It was their third subsequent defeat in the league. They will be hoping to return back to the unbeaten form they had before recording the above set of negative displays.

Meanwhile, Cuiaba possess the same overall form of Flamengo this season. But their inconsistency and a disappointing defensive line-up have pushed them down to occupy the 17th spot of the table, which is inside the relegation spot.

Cuiaba recorded a 1-1 draw at home against Bragantino in their most recent league fixture. It was their fourth winless outcome recorded from the past five league fixtures. They also follows an inconsistency with recording a negative outcome in frequent intervals.

The home form of Flamengo so far this season looks average. They recorded two wins, a draw and two defeats from their five league outings at home. Their offensive and defensive line-up looks average too.

On the other side, Cuiaba also possess an average form on road. They won two and lost three of their 5 league fixtures on road so far this season. Their defensive line-up is not so impressive while the offensive line-up looks average.

Also, their short head to head recording shows the unbeaten Flamengo which could be added up with their home advantage for backing them to seal a win from this clash. Therefore, we are of the view that Flamengo might end up sealing a win.