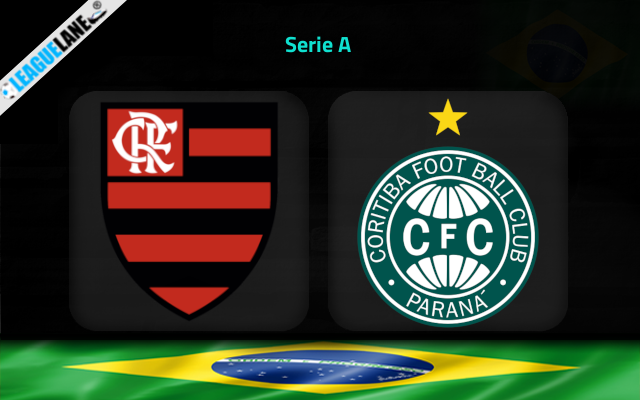 Flamengo had an inconsistent start to this Serie A season. They have improvised their form further by sealing some positive and drawn outcomes to remain unbeaten in the league. As a result, they have shifted from the verge of danger zone to a safe zone on the table.

Flamengo recorded a 1-0 defeat on road against Corinthians in their most recent league fixture. They were on the back of two consecutive wins in the league before recording the above win. Hence, they will be hoping to return back to the winning ways.

Meanwhile,Coritiba had an average start to this season. They recorded the same further and currently follows an inconsistent form. Their current form resulted in the positioning on the table outside the safe zone. They will be hoping to end their inconsistency.

Coritiba recorded a 2-2 draw at home against Juvenude in their most recent league fixture. It was their seventh winless recording in the past 8 league outings. Such a form wont allow them to have highest of spirits to face their upcoming league rivals.

Out of the past 10 matches played at home, Flamengo won seven. Their offensive side have been scoring goals at a good rate while the defensive line-up preventing goals impressively. The harmony of the goal scoring an preventing side is more than enough to have enough of confidence.

On the other side, Coritiba have lost four of their past five on road league outings. They have leaked goals at a good rate too. On top of that, they have lost each of the past three h2h meetings with Flamengo while playing away.

Considering all the above stats, we are left to back Flamengo to end up sealing three points from this fixture.