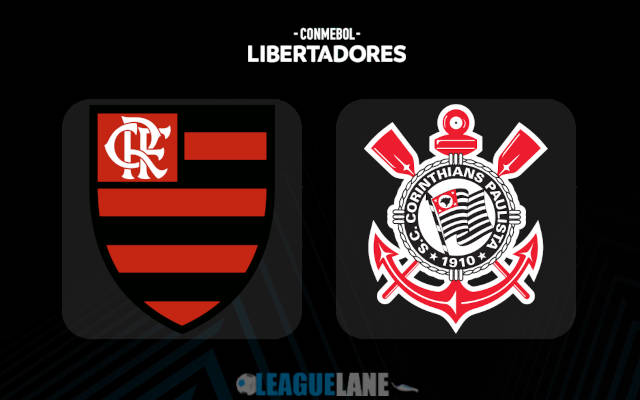 Both Flamengo and Corinthians are counted amongst the very best in the Brazilian top flight and they have made it till this point in the prestigious Copa Libertadores.

However, Corinthians are facing a steep decline in their form lately. They are letting in goals in almost every one of their recent fixtures and on top of that they also had lost the first leg of this tie.

In front of their home crowd, they were thoroughly beaten by 2 unanswered goals. Now they will have to find the back of the net at least twice in 90 minutes to extend the fixture into extra time. And do remember that they will be expected to keep a clean sheet as well along with these 2 goals.

It goes without saying that this will prove to be a mountain too hard to climb, especially against the in-form Flamengo.

Flamengo are on a long winning streak as of now and are finding the back of the net in plenty. On top of that they will be in front of their home crowd and they have the luxury to concentrate more on defense.

As things stand expect a victory for Flamengo this Wednesday at the Maracana.

On the other hand, Corinthians were winless in 9 of their previous 13 overall games and in the process they had even gone on a 2-game losing streak. Do also not they were winless in 18 of their past 23 road trips.

Taking into account these observations, as well as the head-to-head domination of Flamengo in recent years, expect a win for them this Wednesday.

Tips for Flamengo vs Corinthians