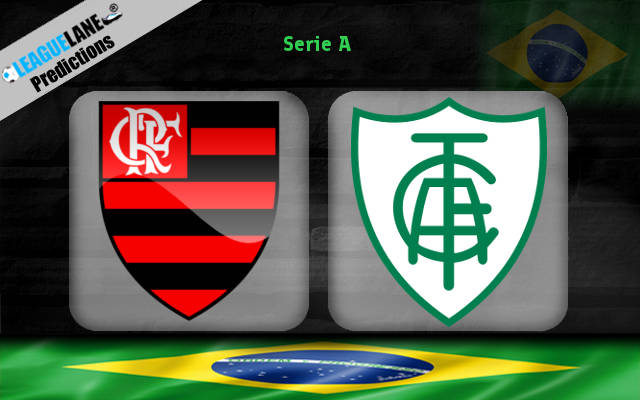 Flamengo are the reigning champions of the competition, and they are pitted against a team that were promoted to the top flight just at the end of the last season – America Mineiro. By all means, expect a win for the title-holders.

The defending champions had scored the most number of goals of all the teams in the Serie A the last season. They are also on blistering form at the moment, and are performing at a high level at home.

Meanwhile, as expected, Mineiro are on a struggling streak as of now, and are conceding goals in plenty. They have lost all of their match-ups in the Serie A this campaign, and are yet to score a goal so far.

On top of that, they also have a poor h2h record against this foe.

Flamengo are on a 14-game unbeaten run, and were unbeaten in 20 of their last 21 overall fixtures. They have also lost just twice at home in the past 17 appearances, and had scored two or more goals in 12 of their past 17 home games.

On the other hand, their counterparts are on a six-fixture winless run, and they had failed to score goals in five of their last six matches.

Most importantly, America were part of the Serie B till the last season, and they also have a worrying h2h record against this opponent.

Likely, expect Flamengo to deliver a superb win this Sunday.