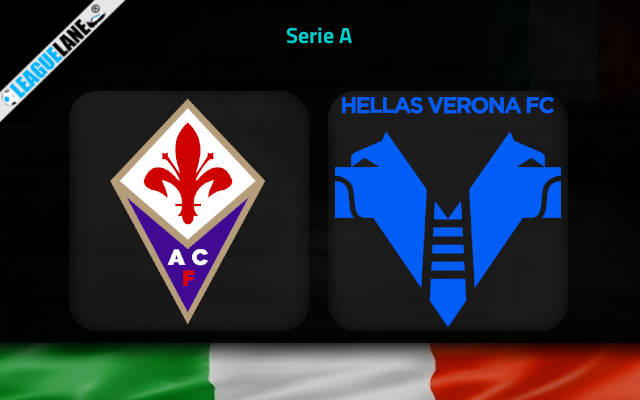 Fiorentina will be hoping to arrest the current slump in form on Sunday afternoon when they host bottom-half rivals Verona in Gameweek No 7.

I Viola had a rough week, conceding five goals in the back-to-back losses to Bologna and Istanbul Basaksehir within the last seven days.

Vincenzo Italiano’s men are now winless in eight consecutive outings across competitions. They took just one point from the opening two UEFA Europa Conference League ties against the likes of Rigas FS (debutants in European competitions) and Istanbul Basaksehir.

We are thus not quite convinced the hosts have what it takes to respond in just three days when they take on Verona.

The visitors have not been on a much better run of form at the beginning of the season either. They got just one win in the opening six games of the season.

Gabrielle Cioffi’s troops have troubles with the lack of attacking creativity at the beginning of the season.

Verona took just two points from three away outings this term, scoring only twice in the process. Their offensive line was completely toothless in the last weekend’s 2-0 loss to Lazio at Stadio Olimpico.

The bookmakers see Fiorentina as the 1.72 favorites for the win here but we genuinely struggle to find the reasoning. I Viola are winless in eight consecutive games in all competitions. They will enter this tie off the back of a tough 3-0 loss at Istanbul Basaksehir three days ago in the Conference League.

Also, five of the last six head to head matches between these rivals ended without a winner. We are thus going to back Verona to leave Stadio Artemio Franchi undefeated at the odds of 2.00. The Under 2.5 goals FT bet is another decent shout at the same odds.