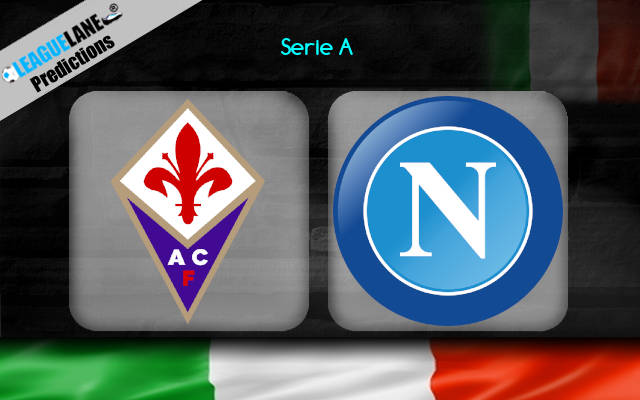 Napoli bagged nine goals in back-to-back wins over Spezia and Udinese. They are looking to complete a perfect week with another three-pointer on Sunday when they travel to Florence to take on Fiorentina in the first game of the day.

Napoli took over Juventus in the fourth place of the Serie A standings thanks to last weekend’s 1-4 drubbing of Spezia.

They backed the win up with another inspiring attacking showing on Tuesday evening when they demolished Udinese 5-1 at Stadio Diego Armando Maradona.

Gennaro Gattuso truly has a tremendous firepower on display up front. Each of Lorenzo Insigne, Piotr Zielinski, and Hirving Lozano were on target on Tuesday. They all started behind another in-form striker Victor Osimhen.

However, the job is by no means done for Napoli as they are only one point above Juventus in fifth place. They thus need a pair of wins over Fiorentina and Hellas Verona in the last two rounds to confirm a spot in the UEFA Champions League next season.

The first hurdle is probably going to be tougher to jump above for Napoli. They are about to take on Fiorentina who will go into the match unbeaten in five straight league affairs.

Moreover, Fiorentina did not concede a single goal in the last two matches against Lazio (a 2-0 victory) and Cagliari (a 0-0 draw).

Fiorentina have been relatively easy to break down throughout most of the season. Looking at Napoli’s attacking form, we have reasons to expect them to bag at least a couple of goals on Sunday.

Viola did keep back-to-back clean sheets in the last two matches, but they have also shipped two or more goals in four of the last six league affairs. Knowing how significant the match is for Napoli, the away win has to be way to go here.