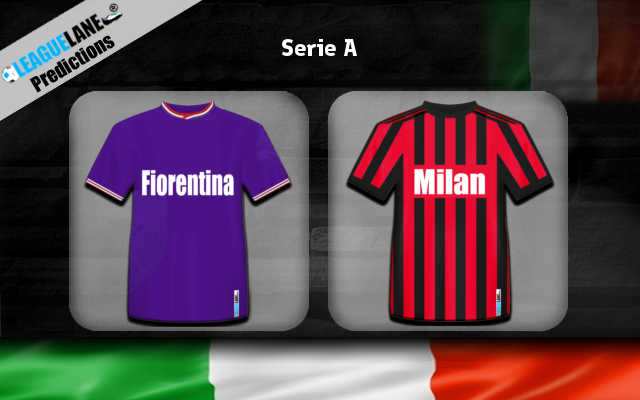 Beppe Iachini’s side broke their four-game winless run across competitions with an emphatic 5-1 win victory Sampdoria at the Luigi Ferraris. Federico Chiesa and Dusan Vlahovic bagged two goals each to secure the comfortable win.

With three wins, one draw and two defeats in their last six matches, La Viola are seventh in the six-game form table and thirteenth overall, six points above the dropping zone and seven points adrift of Europa League chasing pack, led by Hellas Verona.

Fiorentina have posted three wins, four draws and five defeats at Artemio Franchi this season, netting a goal per bout on average, whilst allowing 1.33. They have taken five points from their last five home games (1W, 2D, 2L).

The Rossoneri returned to winning ways with a 1-0 triumph over Torino, courtesy of an Ante Rebic first-half strike. The Croatian international continues to impress as he scored five goals in his last five league games for the club and will be motivated to take down his former side that never gave him a proper shot.

AC Milan are in decent run of form having taken thirteen points out of a possible eighteen over the last six games. The seven-time European Champions are eight on the Seria A ladder, tied on points with Verona and Parma.

Stefano Pioli’s side have posted six wins and six defeats away from San Siro, averaging 1.17 goals scored per game whilst conceding 1.50 goals per bout. ACM have won four of their last six away fixtures.

This Serie A game between Fiorentina and Milan has the potential to be an exciting, goal-filled affair.

Fiorentina are coming off a huge win and I’m confident they will find the back of the net here. AC Milan are playing quality football these days and Viola’s rearguard will struggle against the likes of Zlatan Ibrahimovic and Ante Rebic. I’m taking BTTS – Yes without thinking twice.

With a 2-2 scoreline hunch, I’ll grab Over 2.5 goals. We have seen four goals in their reverse fixture at San Siro and I expect to see more of the same on Saturday. Best of luck!