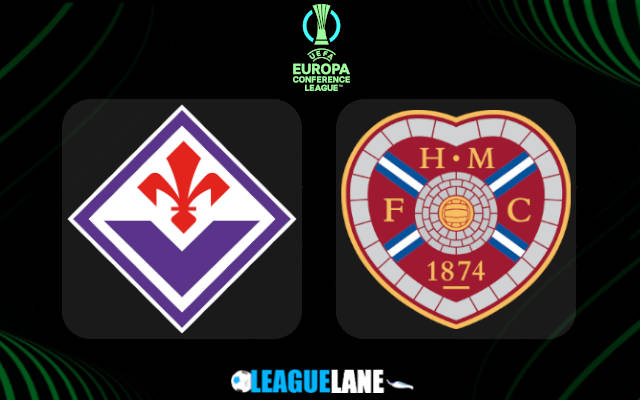 Fiorentina were expected to have this group in the bag even before the competition commenced. However, they ran into some roadblocks, and now they find themselves trailing three points below the toppers. They will go for the win at any cost this Thursday at home, against the struggling Hearts.

Hearts have a 100% losing record so far, barring a single fixture – and this only game came against the dead-last placed RFS, who have a 100% winless record.

Going on, Hearts have been a total failure as far as their defense is concerned, and their offense is not anything special as well. They let in the most number of goals of all the teams in the group, and they scored the second-fewest as well.

Meanwhile, Fiorentina did lose once. But that defeat came against the toppers, and other than that they have a 100% unbeaten record.

Moreover, the previous match-day of the Conference League saw these two teams locking horns with each other, and then the Italians recorded a 0-3 win on the road.

And now they are at home, where they will be passionately cheered on by their loyal fans – who expect their team to make it to the knockouts as group champions.

Fiorentina appear to be the favorites to post the three points on the board this Thursday.

Fiorentina might have faced some issues this season – but lately they are on the path of making amends. They secured a confidence-boosting win to nil the last match-day in the Conference League, and that too against this same opponent.

Moreover, they have an unbeaten record so far at home in all competitions, and scored two or more goals in majority of these games.

On the other hand, Hearts are going through a rough period. They lost most of their recent matches, and they also let in goals in huge numbers. They also seldom won on the road in the 2022-23 season, and by all means they are expected to struggle this Thursday at the Stadio Artemio Franchi.

Go on and back Fiorentina to register a win this Thursday.

Tips for Fiorentina vs Hearts