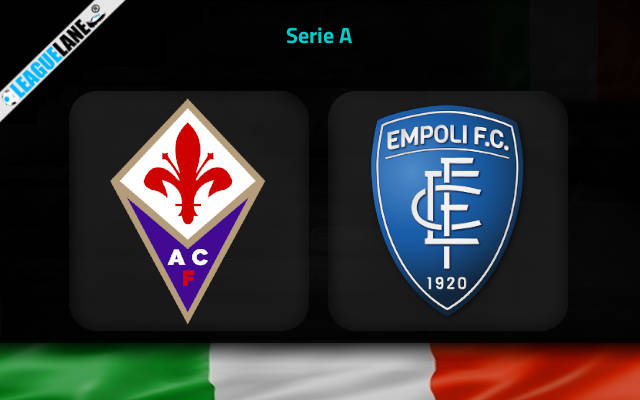 Empoli are placed kind of perfectly in the middle of Serie A standings. They have no shot at making it to Europe next season, and they are also safe from the ensuing relegation battle.

And this sense of apparent safety has led them to perform poorly lately. They are on a long winless run at the moment, and are conceding goals in huge numbers.

Moreover, they are also on a poor stretch of results on the road for quite some time. And do also understand that they are not showing any indication or resolve to improve anytime soon.

Meanwhile, Fiorentina are placed eighth in the table, and they are in good form. Moreover, they are also going after a top-six finish, and need a surplus of just four points to climb level with the sixth-placed Atalanta.

And since Atalanta are taking on the second-placed Napoli next, this is an opportunity for Fiorentina. Count on them to make this fixture count, and post a much-needed three points on the board.

Fiorentina held defending champions Inter to a 1-1 draw the last match-day, on the road. They are on a three-game unbeaten run, and they were unbeaten in 15 of their past 19 fixtures.

Moreover, their only two defeats at home in the past six-month period had come against Juventus, and Lazio.

On the other hand, Empoli were held to a 1-1 draw the last game week at home, by Verona. They are also on a 14-match winless run, and they are on an eight-fixture winless streak on the road as well.

Taking into account these observations, expect a win for Fiorentina this Sunday.

Tips for Fiorentina vs Empoli