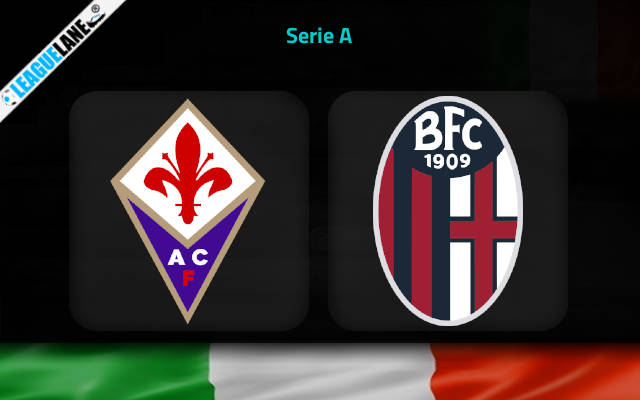 Fiorentina vs Bologna Predictions and Free Tips from our expert tipsters when the teams go head-to-head in Italian Serie A on Sunday, 5 February 2023.

Fiorentina are normally a contender for one of the European spots, but at present all that remains for them is a seventh-place finish. Spots above that seem just out of their reach.

They will hope to take advantage of the inconsistent Bologna, who also happen to be a mess on the road. In fact, they conceded the second-most number of goals away from home, and managed to win just twice so far in such fixtures.

Fiorentina lost just once against this opponent in the past ten years, and managed to score thrice or more in three of the last six clashes.

And impressively at this venue, not only did they manage to win eight of the past ten meetings, but they also kept clean sheets in nine of these fixtures.

Who will win the match between Fiorentina vs Bologna?

Fiorentina have been consistent to the point that they lost just thrice at this venue in the past nine months, and two of these losses came against Lazio, and Inter.

On top of that they won eight of the previous ten h2h clashes at this ground, and lost just once in the past ten years in overall h2h meetings.

Meanwhile, Bologna have a 100% losing record on the road after October, barring a single game.

Surely count on hosts Fiorentina to deliver a winning performance this weekend.

Fiorentina scored thrice or more in three of the past six h2h clashes, and scored twice or more in seven of the last nine overall fixtures at this venue. And with Bologna failing to keep a single clean sheet on the road this whole season in all competitions, expect a high-scoring affair.

Now this one is doubtful. The hosts conceded a single goal in the last ten h2h clashes at this ground. On top of that Bologna failed to find the back of the net in all but one of their road trips after the World Cup.

Fiorentina lost once against this opponent in the past ten years, and importantly they won eight of the previous ten h2h meetings at this stadium. It also gives them confidence that they conceded just one goal at home all through this stretch.

In fact, Bologna last won at this ground back in 2010, and before that in 1989. It surely appears that Fiorentina have the edge this Sunday. A win for them is placed at an odd of 1.90.

Going on, Fiorentina scored three or more goals in three of the past six h2h clashes, and scored twice or more in seven of their last nine home fixtures this season. In addition, Bologna failed to keep a clean sheet on the road all through this season in all competitions.