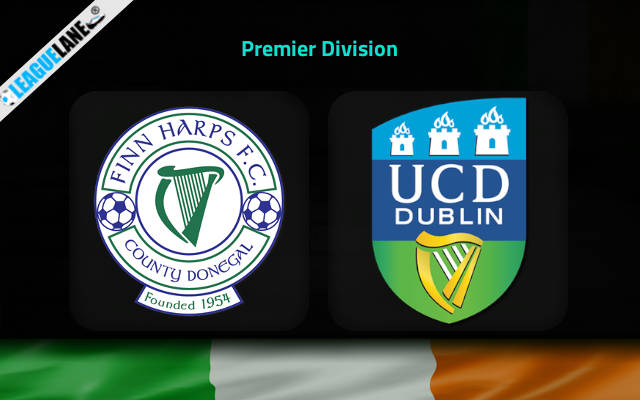 Finn Harps have played poorly in their matches this season. The team has lost in more matches than both their wins and draws and combined. Their poor form has put the team in the bottom half of the league table as the first team on the relegation zone. From the last ten matches, the team has got two wins, two draws and six losses. Finn Harps has only ten points from their matches so far.

Finn Harps played their last match against Shamrock Rovers. Shamrock Rovers took the lead in the 17’ minute of the match and added more goals in the upcoming matches. The team remained in the lead for the rest of the evening. Finn Harps scored only one goal in the match, ending the game in a loss for Finn Harps with 3-1 FT score.

UC Dublin has played poorly in their matches from the start of the season itself. They have not secured a single win in their matches. From the last ten matches, the team has drawn in three and the remaining seven matches ended in loss. Dublin’s poor form has put the team dead last on the league table with only five points to their name.

Dublin played their last match against Dundalk. Both teams scored two goals in the match, ending the match in a draw with 2-2 FT score.

Both Finn Harps and Dublin have played poorly in their matches. Finn Harps has only one win to show from their home matches so far. With the win in the last home match, their winless streak, which had lasted for six matches, ended. Dublin, on the other hand, has not had a single win in their away ground. They have only one draw from the seven matches and the remaining six have ended in loss.

Finn Harps has more chance of securing a win in the match than UC Dublin. Even though the teams have lost in their matches, they have contributed to the scoreboard in most of them. So, we can expect the match to end with both teams scoring.