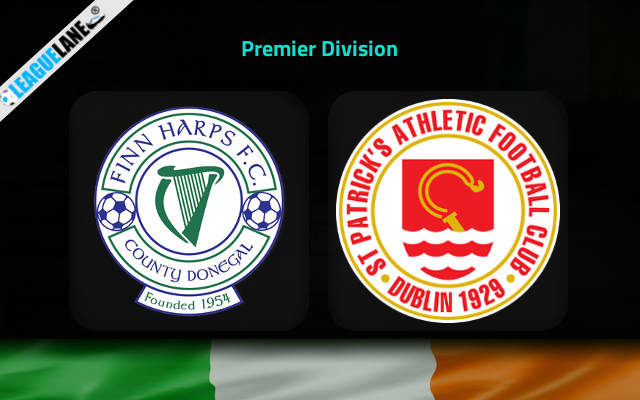 Finn harps are one of the worst teams in the Irish top flight this season and are placed second to last in the table. Most of their recent league games have resulted in losses and they have been letting in goals in huge numbers right from the start of the campaign as well.

It also needs to be noted that they have been the absolute worst team at home in the competition and have managed to post a single win from all of these fixtures.

Meanwhile St. Patrick’s have had their issues lately but they still are placed fourth in the table and importantly they are far better in comparison to their counterparts for the day.

Furthermore, they also have a dominant head-to-head record against this rival over the past several seasons.

By the looks of things, expect a win for Saint Patrick’s this Friday at the Finn Park.

Finn Harps are on a 6-game winless run and five of these were losses. Do also note that they were winless in 19 of their past 21 overall fixtures.

On the other hand, Saint Patrick’s were unbeaten in five of their past seven overall matches, and they had scored two or more goals in two of their last three fixtures.

In addition, they have also lost just once away from home in the past two months and this only defeat had come against the in-form Dundalk.