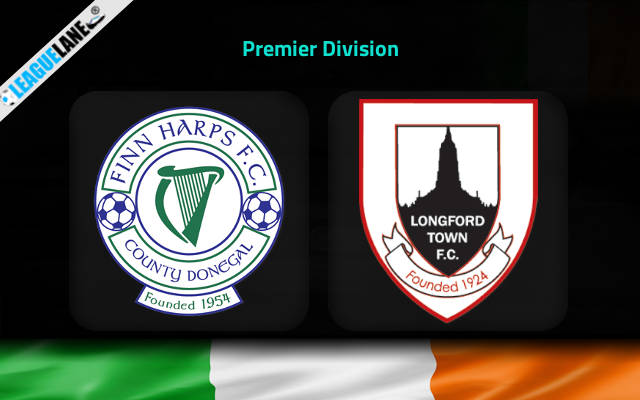 Finn Harps have a clear situation ahead of them. They need to beat the last-placed team on the final day and they will save the elite class status for the next season, regardless of what Waterford do in their match against St. Patrick’s Athletic. We can hardly imagine any other scenario but the home win here.

Finn Harps held the second-placed St. Patrick’s Athletic to a 2-2 last weekend to take the destiny in their own hands ahead of the final day fixture against Longford Town.

Ollie Horgan’s men are now lock on points with Waterford right n the brink of the red zone. One of these two teams will finish inside the bottom two in the Premier Division standings and drop to the second tier for next season.

Finn Harps have a better goal difference than Waterford, meaning a three-pointer in the last round of the campaign against Longford Town guarantees them a place in the top flight of Irish football next season.

Finn Harps are massive favorites going into the tie given their rivals had been relegated a long time ago and have nothing but pride to play for on Friday at Finn Park.

Longford have won only 2 of 35 league games this term, clinching no more than 15 points in the process.

They are as many as 26 points below Finn Harps and Waterford right now and they have claimed just 5 points in 17 league on the road so far in the season.