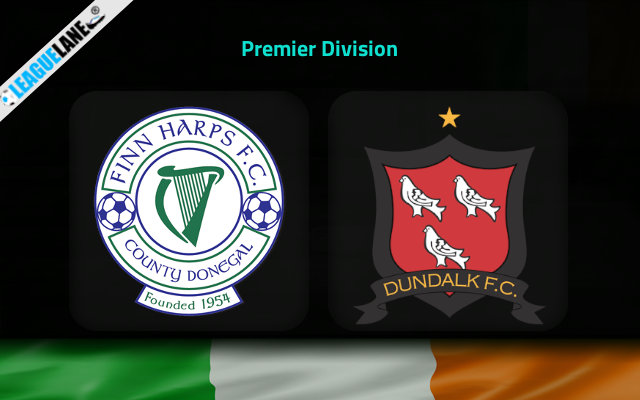 Dundalk are going through a rough form as the season is almost finishing up. They will look to avoid losing further points as they will travel to Finn Park to clash with Finn Harps.

The host have been underwhelming all season. It is very difficult to accept that tt has been over a month since the last time they won a Premier Division fixture. They began this month by playing a 1-1 draw against Shelbourne.

In their last league outing, they lost to the most in-form team presently, Derry City by 3-0. They have also conceded the most number of goals in the league so far. This shows that the team needs improvement in its defensive backline.

The visitors are struggling to keep up as they lost to rivals St. Patrick’s Athletic by 2-1 most recently. It was Ryan O’Kane who scored the only goal for Stephen O’Donnell’s side.

Dundalk boss Stephen O’Donnell will try to aim for the third spot as the season is almost nearing its end.

Apart from their recent 1-1 draw, the host have lost their last five league matches.

Moreover, they have picked up a red card in three of their last six matches. This will only cause further problems for Ollie Horgan’s side.

It is also important to mention that the visitors have a good chance to end their winless run as the host are struggling.

Our prediction is that Dundalk will win by 3-0. – the odd for this tip will be at 15.00. The visitors have a very decent winning record against this side. Also, they are on a three-game winning streak. The scoreline was exactly 3-0 for the visitors twice this season against Finn Harps.

Our next tip for this game is that Dundalk will keep a clean sheet – the odd for this tip will be at 2.62. This year they have kept three consecutive clean sheets when they faced Ollie Horgan and his men.