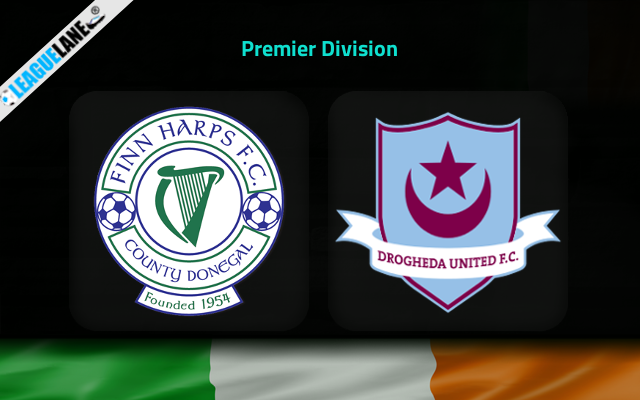 Finn Harps had a pathetic start to this season. They followed the same further in the league to push themselves down to occupy the bottom spot of the table. Their possession of a dreadful offensive and defensive line-up adds more to the slump.

Meanwhile, Drogheda had an inconsistent disappointing start to this season. They have been recording winless displays in a frequent rate. As a result, they occupies the 8th spot of the table, just above the relegation area on the table. Their defensive side is dreadful too.

We can see Finn Harps being consistent in recording negative displays by looking at their most recent recordings. They have lost each of their past five outings and are following a winless streak for 12 games across all competitions.

Finn Harps possess the same displeasing form at home too. They are winless since six games at home. Their defensive side have leaked two or more goals in three of the past four home outings too.

On the other side, Drogheda recorded a 1-1 draw against UC Dublin at home in their most recent league fixture. It was their sixth unbeaten recording in the past 8 league outings. Also, they seems to have improved their defensive side lately.

Analyzing all the above stats, we are convinced enough to back the traveling Drogheda to seal a win against the hosting Finn Harps as they have better form when compared.