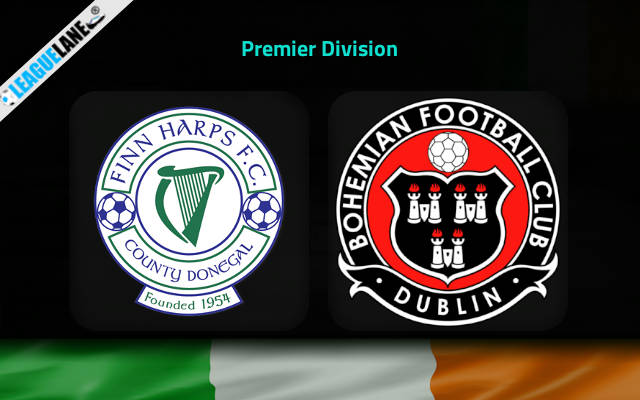 Bohemians will be the visitors at Finn Park on Saturday for the Premier Division tie with home side Finn Harps.

Finn Harps have been one of the absolute worst teams in the Irish top flight this season and they are placed at the bottom spot in the table. They have managed a total of just 4 wins all through the campaign, and all along they have been letting goals in huge numbers.

It also needs to be noted that they have been on a poor stretch of performances at home for the past several months. In fact, barring a couple of wins, their last 10 home games had finished in losses.

Meanwhile, Bohemians are also placed in the bottom-half of the table , but they are placed much higher than their counterparts for the day.

It is worth mentioning that their defensive steel is not that strong of late. The team had let in a total of 11 goals in their previous 8 overall fixtures.

The Harps were winless in 7 of the past 10 fixtures in front of the home crowd and had gone on 2-separate 3-game and 2-game losing streaks in the process. Do also note that they had leaked a total of 10 goals in the past 5 home fixtures.

On the other hand, Bohemians were unbeaten in 3 of the past 5 road trips and had won 2 fixtures in the process. Moreover, they have not lost against Finn Harps in their previous 3 matches at this venue.

Thus, we expect a winning performance from the visiting side Bohemians on Saturday.