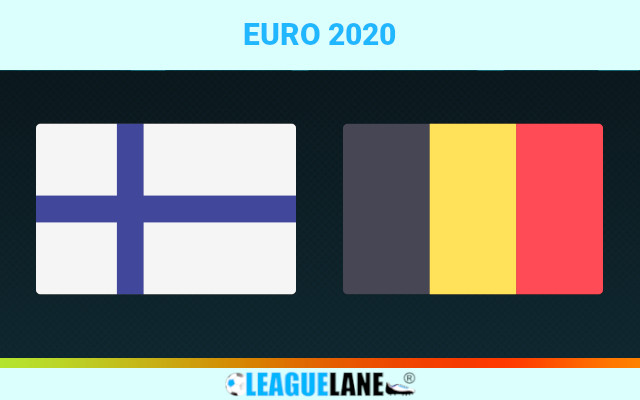 Belgium need just one more point to confirm their position as group champions, but they will surely go after a win, in order to build momentum for the knockouts.

Finland, who are going through a rough stretch of fixtures, do not stand much chance this Monday.

Belgium are the first-ranked team in the world, and are pitted against the squad that are placed 54th in the same list. They are also on a superb run at the moment, and are scoring in plenty.

Moreover, several of their key players have returned to active duty, after recovering from injuries, and that has further strengthened an already in-form squad.

By all means, tournament-favorites Belgians are expected to deliver a winning performance this Monday against the Finns.

Yellow cards to defender Daniel O’Shaughnessy and midfielder Glen Kamara will surely be bothering manager Marku Kanerva, as one more warning will result in the players missing out on the next game.

However, the gaffer has no option but to risk it – as there might not be a next match-up, if the team fails to secure a win.

Kevin De Bruyne returned to the squad the last match-day, and that too in style. He was introduced after half-time, when his team was trailing 0-1. However, with a goal and assist, the Manchester City playmaker inspired his team to a confidence-boosting win.

Do also note that Eden Hazard returned to the team. In fact, it was he who provided the assist for the winning goal. With two of the most gifted playmakers of this generation at his disposal, Roberto Martinez should be thanking his stars.

The Finns were winless in seven of their past eight overall match-ups, and the sole win during this stretch had come against Denmark – in the game which Christian Eriksen collapsed.

Even if we don’t consider the form of the Belgians, and the struggles of the Finns, the return of De Bruyne and Hazard will massively tip the scales.

By all means, expect a win for the first-ranked team in the world this Monday. Do also expect goals in plenty, as Finland are desperate – which their opposite number will take advantage of.