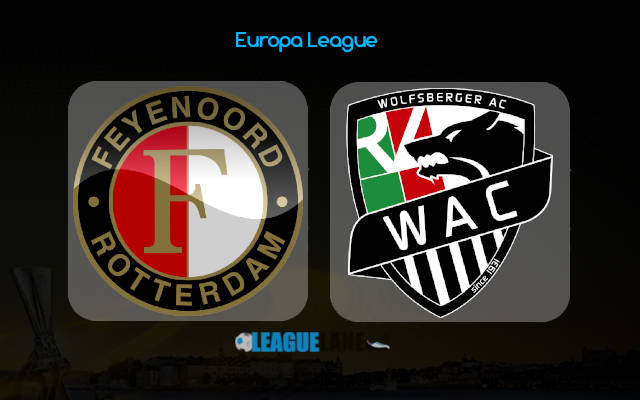 Feyenoord’s struggle to find that winning goal extends to the third consecutive match. They will host on the back of a 2-2 draw on the road against Waalwijk in the Eredivisie. And in the EL group stage, their previous encounter was on the road in which they shared the spoils with Dinamo Zagreb last time out.

Wolfsberger is having a dip in form in the Austrian Bundesliga as four of their last five league matches have ended in a defeat. The visitor had a 1-1 draw at home against CSKA Moscow in the first round of the EL group stage. They will visit on the back of a 3-4 loss at home against Rapid Vienna in the Bundesliga.

It has been a near miss for Feyenoord in the recent fixtures in their schedule. Let it be Eredivisie or Europa League clashes, the Pride of South has been giving away points in the middle as of late. This points to a lack of finishers, which is why the ground advantage will be key for them in the upcoming match.

In addition to that, the German contingents are on a downward slope in form. Wolfsberger’s previous win in any competition came in mid-September 2020, with a gap of five clashes until now. They will visit on the back of a loss which will down the morale of the players on the trip.

Feyenoord is on a seven-game unbeaten run in their overall schedule. Along with the ground advantage, the host is likely to create more opportunities in the game. Hence, the home win in full-time will probably be the ideal choice for the punters in the encounter.

Furthermore, the host has shared the spoils in the recent three fixtures. And the away team is also in poor form on the road. So, we cannot expect a high-scoring affair at De Kuip. The tip for under 3.5 goals will probably be the best bet for the punters.