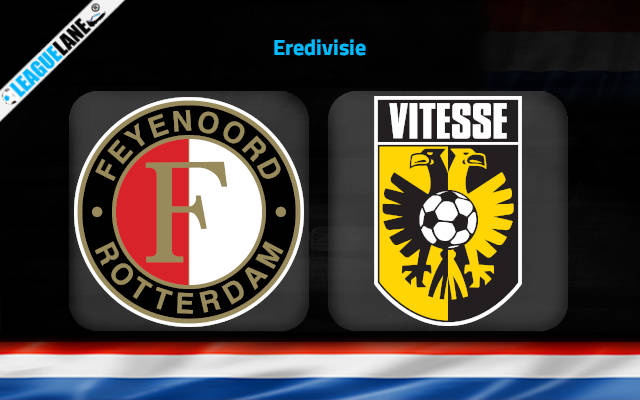 After failing to win three consecutive fixtures Feyenoord wrapped up 2021 with a win. With not much separating them from the top of the table, they would hope they are still in the title race.

Vitesse meanwhile will head into the fixture undefeated across all competitions in a period of nearly two months.

De Stadionclub were last seen in a comfortable 0-3 win away from home against Heerenveen. That result marked the first away win for the club in league fixtures since October.

Gaining ten points from the last five league fixtures the club sits third in the Eredivisie, four points behind the league leaders PSV.

Loïs Openda scored the only goal of his team’s most recent fixture against PEC Zwolle to bag his team all three points in the fixture.

The result means that the team is now undefeated in eight consecutive fixtures. Bagging eleven points from the possible last fifteen points available to them, the team is now fourth in the league, six points behind their opponents for the weekend.

The visitors are in much better form than the hosts. However, it is a different story in their respective home and away games. Hence a win for the home club is the most likely outcome.

However, there is not much money to be made in that wager. Therefore, I have backed the visitors with an Asian handicap as I feel they are capable of holding their own in the fixture. This is further backed by their losing margins in recent games.