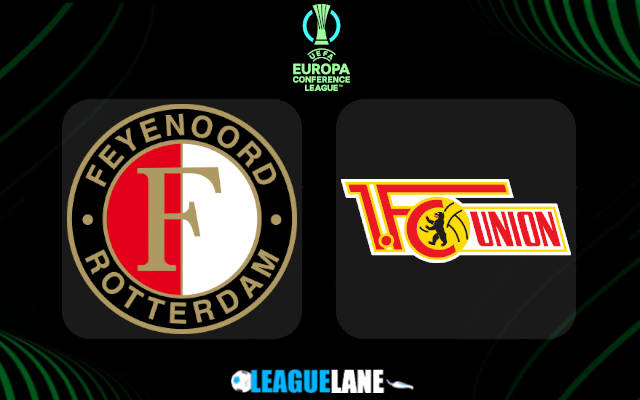 Feyenoord have conceded at least a goal in five straight outings across competitions. They have shipped two or more in each of the last three Eredivisie affairs.

It is not the kind of form you want to have going face to face with a team that have won three on the bounce in the elite class of German football. The value is huge in backing the visitors to claim the spoils in Rotterdam at the odds of 3.20.

Union Berlin are flying high these days. They’ve won three games on the spin in Bundesliga to climb to the sky-high 5th place in the German top flight standings.

The international break did not interrupt their marvelous spell of form as Urs Fischer’s troops eased past Champions League contestants Wolfsburg 2-0 at home at the weekend.

Union Berlin have also bounced back from the inaugural UEFA Europa Conference League defeat by destroying Maccabi Haiga 3-0 at home in the second round of the competition.

They will thus travel to Rotterdam to battle section leaders Feyenoord in the highest of spirits, aiming to keep their wonderful spell of form going on Thursday evening.

The hosts will enter the match in a completely opposite mood. They took only one point from the last two Eredivisie outings to drop to the fifth place in the standings.

Feyenoord have shipped two goals in each of these games, including the weekend’s 2-2 draw at home to RKC Waalwijk.

Their back line has allowed way too many goals lately and they will certainly face hard times to keep the inspiring Union Berlin attack at bay on Thursday.

Tips for Feyenoord vs Union Berlin