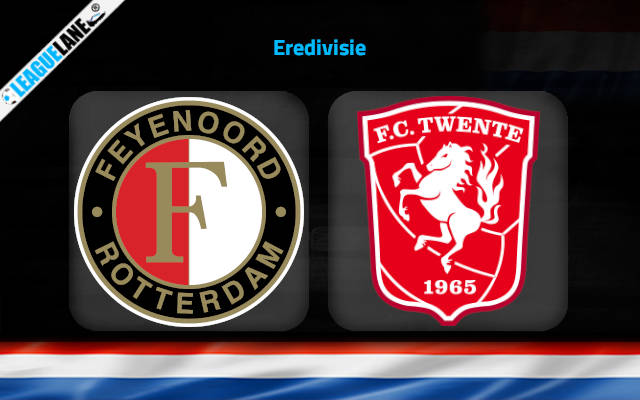 With only one game remaining to end this season, Feyenoord will host FC Twente in the hopes of finishing Eredivisie on a high note. These two sides will lock horns at De Kuip, this Sunday.

Feyenoord is at the 3rd spot on the standing with 71 points from 33 games. They won 22 times in the league while drew on 5 and lost on 6 other occasions. The hosts are residing at the only available Europa League spot and they can’t do much more than this as they have a 7-point gap with PSV.

Feyenoord will be hoping for more of the same after a 1-0 league win against Go Ahead Eagles previously. Momentum is really building for them as they have now gone 5 games without losing. They also have a remarkable offensive side netting 75 goals in total.

On the other hand, Twente resides just below at the 4th position on the table with 65 points. Of the 33 matches played, they won 19 times in the league while drew on 8 and lost on 6 other occasions. Their main aim is to hold onto the Europa Conference League qualifier spot as the season is about to wind up.

The visitors come into this match following a 3-0 Eredivisie win to beat FC Groningen in their most recent match. It’s likely that Twente will score today, as they have netted in the last 10 games coming into this one and have scored 9 goals in the last 5 games.

Feyenoord has been impressive at home, where they are currently unbeaten in 6 games. They have not been beaten in the league by FC Twente in their last 13 matches.

Meanwhile, Twente has enjoyed playing away from home recently, with the side currently unbeaten in the last 4 games. It’s possible we will see a couple of goals here, with the last 5 games for them ended with 2 goals or more being scored.

Since both sides are strong enough we expect a thrilling game with scoring from both sides.