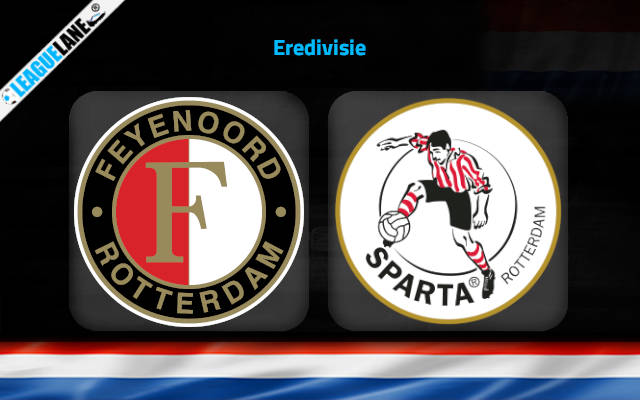 Feyenoord have been one of the top performing teams in the Dutch topflight for the past several years and so especially the last time. Meanwhile, Sparta Rotterdam were one of the worst last season.

Rotterdam begun this season with a set of winless outcomes. It took four games for them to record their maiden victory this season. However, they posted six points further then and climbed up to the 7th position in the league standings.

They sealed a 4-0 win over FC Volendam at home in their previous match-day. The offensive improvisation of Slot’s men can be seen from their past two recordings.

Meanwhile, After winning the opening day’s fixture to Vitesse, Feyenoord made it five consecutive outings without a defeat at the start of the 2022/23 Dutch Eredivisie campaign.

Four wins and a draw in the previous five games helped them to climb to the sky-high second position in the league standings. The latest success came last Saturday when Feyenoord saw off Go Ahead Eagles 3-4 on the road.

Their defense have only conceded two goals in the five league outings. It also deserves to be mentioned that only two teams have scored more than them in the competition.

The Stadium Club will have a great chance to keep their strong spell of form going on Sunday evening when they play host to Sparta Rotterdam in an Eredivisie fixture.

This match is a great chance for the hosts to maintain their impressive spell of form at the beginning of this season. They are on a 5-fixture unbeaten run and scored a total of 14 goals in the process.

Thus, we expect a goal-fest with Feyenoord to post a three pointer in the curtain dropper on Sunday.