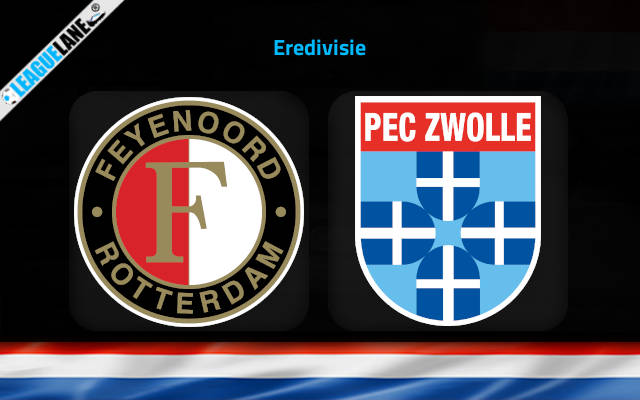 Dick Schreuder could have hardly asked for a tougher fixture on his debut on PEC Zwolle’s bench. Feyenoord are flying high these days and we can’t expect anything else but a comprehensive victory for the hosts in what should be a one-sided contest from the very first to the final whistle.

Feyenoord moved up to the third place in the Eredivisie standings after a run of three successive wins in the competition.

They are just two points shy of Ajax at the top of the standings and have a game in hand on the reigning champions at the moment.

Arne Slot’s men are in a great position to maintain their winning thread on Sunday afternoon when they host the rock-bottomed PEC Zwolle in Rotterdam.

The visitors are by far the worst team in the top flight of Dutch football after12 rounds. They have claimed just four points since the beginning of the season.

The 1-2 home defeat to Cambuur in the previous round caused the team’s board to finally react and make the much-needed managerial change.

Dick Schreuder took over Art Langeler on the bench and is about to make his debut on Sunday afternoon at Stadion Feijenoord.