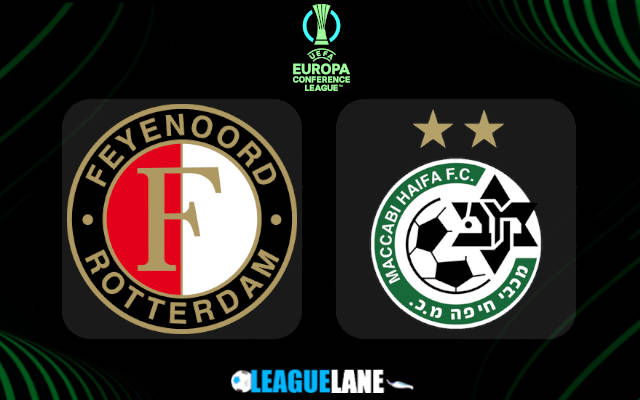 Both teams will enter the tie on a high following their recent domestic successes. However, the visitors could be more motivated to get a result here and fix the poor impression they left so far in the competition. The value is with Maccabi Haifa who are 2.37 to avoid a defeat in Rotterdam.

These two outfits shared spoils in a goalless draw when they met each other in mid-September this year.

Feyenoord dominated the pitch, registering 16 shots and allowing their rivals zero attempts on target at the opposite end.

The match does not have any importance whatsoever as both teams know their final rank in Group E even before this week’s fixtures.

Feyenoord secured the top spot in the group with a 2-2 draw at Slavia Prague in the previous round.

They have done the real job with back-to-back victories in a double-header against Union Berlin in third and fourth round respectively.

Head coach Arne Slot thus has the luury of resting his main stars for the weekend’s Eredivisie clash away at Groningen.

Feyenoord are also doing great in the domestic league where they are currently just one point below leaders Ajax with 11 wins in 15 matches.

Maccabi Haifa have also been pretty efficient in the final third in their latest domestic games.

They bagged 12 goals in the last three Ligat ha’Al wins. Nevertheless, Maccabi Haifa have only scored one goal in five Conference League games this term.

Tips for Feyenoord vs Maccabi Haifa