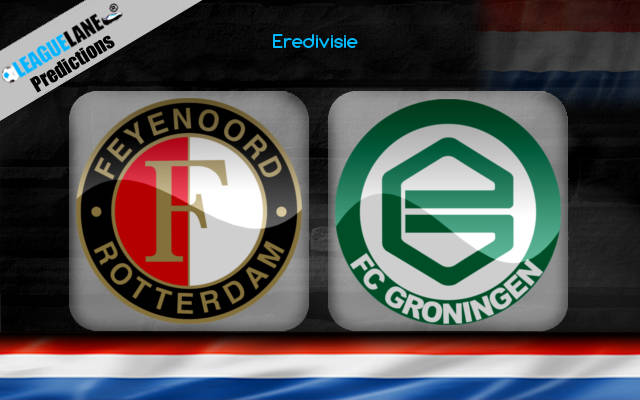 The most popular football team from Rotterdam got back into the race for top two positions after that victory, now sharing the second place with Wolfsberger.

This weekend they return to domestic obligations. The last match before the international break is happening on Sunday at home venue against Groningen.

Visitors have collected a lot of points in this new campaign, and definitely shouldn’t be underestimated. They are the only team that managed to beat Ajax this season.

In terms of the odds, Feyenoord are favorites for the win at 1.58 rate.

Looking at all-time stats, Feyenoord have had much more success than Groningen in head to head duels so far. Squad from Rotterdam was victorious in 27 encounters, while losing 13 times. 12 duels ended without a winner. The win rate at this venue is at very high rate around 70%.

The most recent meeting was in late 2019 when Groningen were the hosts. Full-time result was 1-1.

Interestingly, eight out of the last ten duels between them ended Under 2.5 FT, which is a bit unusual for Eredivisie.

Dick Advocaat was under a lot of pressure after his squad was winless for four games in a row in early October. Home loss to Wolfsberger 1-4 FT was disastrous and highly questionable, as visitors were awarded with three unusual penalty kicks. Last week’s Eredivisie action saw Feyenoord beat Emmen 3-2 FT on the road, helping them to climb up to the 5th place with 15 points total. Game-winning goal was scored by Naoufal Bannis in the stoppage time.

Bad news for the visitors is that Dutch legend Arjen Robben is still injured and won’t be able to help the team on this journey to Rotterdam. Groningen are currently 7th with 13 points, but tradition says they rarely return home with a point or three from Feijenoord Stadion. Besides home win, we will also back Under 2.5 FT as value bet.