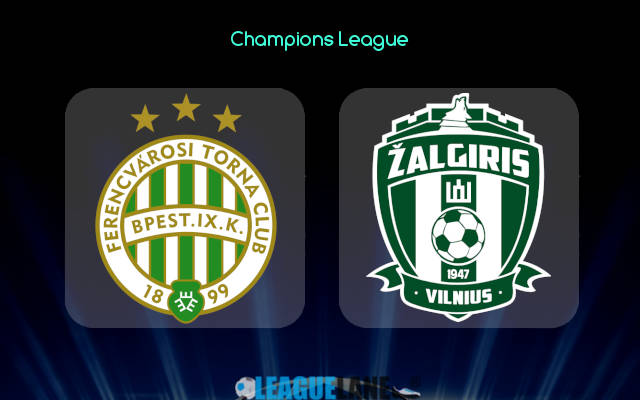 Ferencvaros are the reigning champions of the great and prestigious Hungarian top flight and they are in stupendous form. Meanwhile, Zalgiris are from the rather weak Lithuanian A Lyga, and are expected to struggle this Tuesday at the Groupama Arena.

Ferencvaros were simply spectacular this past season in the NB I, as they raced to the top of the table with an impeccable record. In fact, barring a single loss, they had a 100 % unbeaten record all through the campaign, and they also had the stats to back their claim as the best.

In the meantime, Zalgiris are expected to have a tough game this Tuesday. First off, they are from a far inferior league, and on top of that, they are on the road.

They are not at all well-versed with the kind of quality that Ferencvaros could bring to the table, and with this being a knockout tie, the guests are considered to be the underdogs.

Ferencvaros are on a ten-fixture winning streak, and they had scored a total of 26 goals in the process. Note that they have also lost just four times at home in the past 11-month period, and they had a combined scorecard of 9-0 from their last three home appearances.

On the other hand, their counterparts were held to a goalless draw in their latest road fixture, and they are also about to take on an opponent of the quality of Ferencvaros for the first time in a very long time.

As such, expect the Hungarian champions to deliver a great performance this Tuesday.