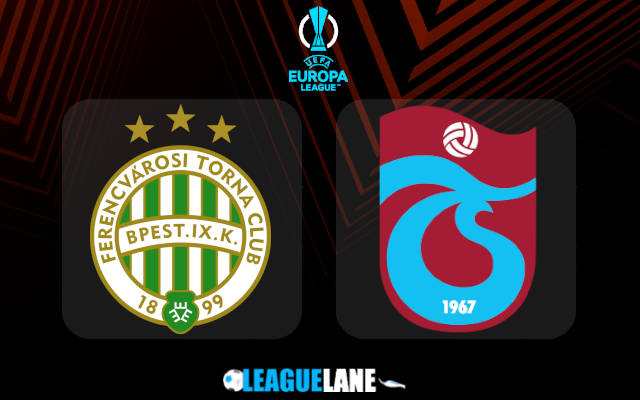 Both Ferencvaros and Trabzonspor are the defending champions in their respective domestic leagues. They are pitted against each other for this upcoming Europa League fixture at the Groupama Arena.

The team led by Stanislav Cherchesov have easily been the best team in the NB I league this season.

They are currently at the top of the table and have qualified for the group stages after successfully knocking out Shamrock Rovers on an aggregate score of 4-1 in the playoff round of the Europa League.

It is worth noting that Stanislav Cherchesov’s side finished at the bottom of the group stages last time in the Europa League. This time they find themselves clubbed in Group H, which can be considered an easy group.

Meanwhile, Trabzonspor will play in the Europa League after a long period of three years. Last season they have been crowned champions in the Super Lig. Hence this earned them direct qualification in the UEFA Champions League qualifiers.

However, they were defeated by Copenhagen in the playoffs of the Champions League qualifiers. Now they will look to make the most out of the Europa League group stage spot.

In the Turkish Super Lig, Abdullah Avcı’s side are at the seventh position in the table with three wins in the last five outings.

The defending champions of Turkey seem to have lost their sharpness this season. The away record is looking very concerning. They have lost three of their last five matches away from home.

It is evident that Zöld Sasok are having a great season this year. They have scored a total of fifteen goals in their last five league outings.

It is also important to mention that Stanislav Cherchesov and his men have conceded only a single goal in their league.

Our prediction is that Ferencvaros will win this match – the odd for this tip will be at 2.30. This is considering the team’s three-game unbeaten streak in the domestic league.

Moreover, our next tip for this game is that Over 2.5 goals will be scored – the odd for this tip will be at 1.90. Both teams have scored over 2.5 goals in two of their last four league outings.