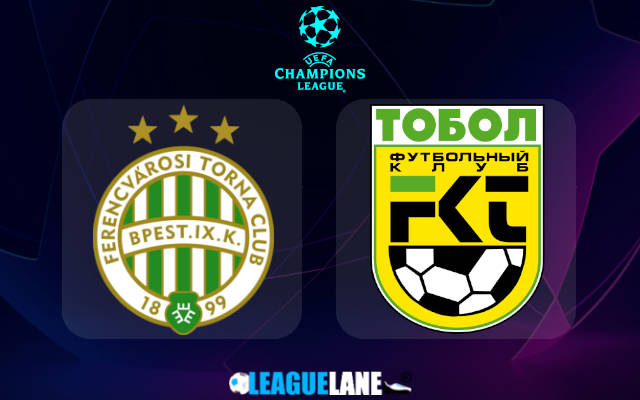 Ferencvaros play host to Tobol in a match of their second-leg of Champions League Qualification. After their tied result in the first-leg these two sides will be seen crossing swords at Groupama Arena, this Wednesday.

With last week’s first leg having ended goal-less tie at Kostanay Central Stadium, it’s winner takes all in Budapest. Even though the hosts had more goal attempts and shots on target, they couldn’t convert their chances at home and now they will have to take it to the road.

Ferencvaros are the Hungarian champions for the 33rd time, securing the trophy last season in comfortable fashion. They have finished 11 points clear at the top of the division and have earned this qualifier ticket. However they have failed to prevent opponents from scoring in 5 of their previous 6 clashes, letting in 9 goals along the way.

Meanwhile, Tobol won their second Kazakhstan Premier League title last season, and they are bidding to make the group stage of the Champions League for the first time in their history. In Europe, their best-ever run came just last season, eliminated by MSK Zilina in the third qualifying round.

Throughout their latest 6 matches, Vladimir Gazzaev’s men have converted 11 times, thus earning them a goals per game average of 1.83. They recently suffered a humiliating 6-1 away loss against Taraz in the Kazakhstan Cup. That loss have certainly shattered their confidence while coming to this second-leg.

Ferencvaros come within a whisker of making the Champions League Group Stage last year, though their eventual narrow playoff defeat to Young Boys should add to their determination to go one better in 2022.

The hosts won their last 2 home matches in a row bagging 7 goals in total. They even lost just once from their last 8 matches played across various competitions.

Meanwhile, Tobol haven’t tasted Champions League football of any description since 2011. They even lost 5 of their last 7 games played on road across various tournaments.

Given that the hosts have won 10 of their last 12 qualification ties, Stanislav Cherchesov’s side will be confident of getting the required result here.