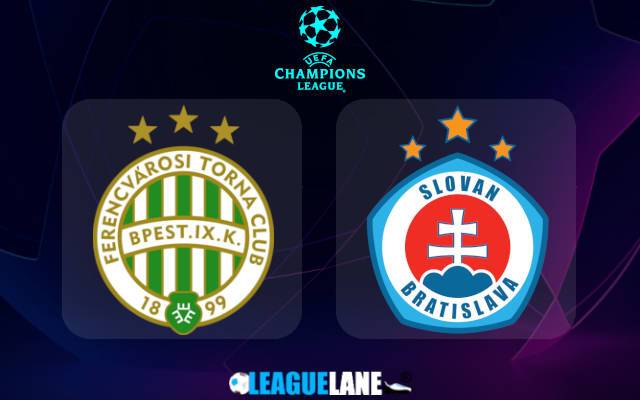 Ferencvaros have been enjoying a decent unbeaten form of late. They were seen recording unbeaten recordings often when looking at their past outings across competitions. However, most of them were from their recent club friendly outings.

Meanwhile, Slovan Bratislava were having a disappointing slump before entering the Champions League Qualification fixtures. They were on the back of a set of winless displays recorded from friendly outings against some decent outfits. Anyway, they claimed the Fortuna Liga title the past season.

The past knockout stage of the Qualification fixtures ended up in a motivating win for Ferencvaros. The match was against Tobol. They were unbeaten in both the legs against them and were having a lead of four goals in the aggregate, final score was 5-1.

At home, Ferencvaros is currently having a winning run for three consecutive games, including the above mentioned qualification fixture win against Tobol. Each of those three were high scoring, motivating victories for them. Hence, we can expect them to have enough of spirits to face their next rivals.

On the other side, Slovan Bratislava were having the home advantage in the first leg of the past qualification clash against Dinamo Batumi which they ended up in a goalless draw. The second leg was also goalless, extending it to the classic decider which secured Bratislava’s spot to the next stage of qualifications.

But Slovan Bratislava’s on road form is still inconsistent. They are winless when looking at their past outings on travels. The above mentioned penalty shootout win against Dinamo Batumi is their only positive recording of the past five outings across all competitions.

Considering all the above stats, we are left to back Ferencvaros to seal a win from this first leg quarter final clash against Slovan Bratislava on Wednesday.