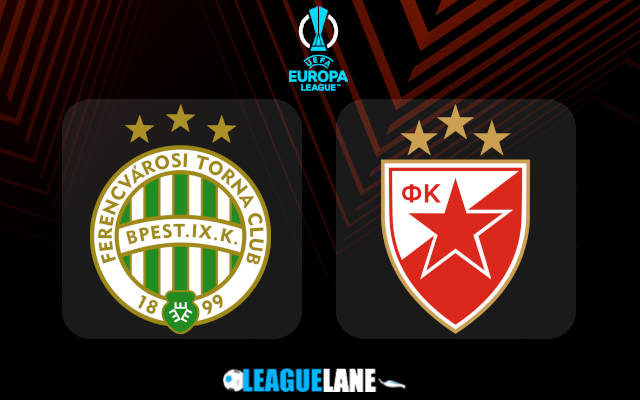 Following suit of the Hungarian national team, their clubs are also leaving their mark in European football. Ferencvaros are at the top of the group table, and that too in style. They are pitted against the dead-last placed Red Star Belgrade this Thursday, at the Groupama Arena.

However, one thing needs to be mentioned – and that is how the reverse fixture turned out to be. Red Star were the hosts then, and in front of their home crowd they managed to deliver a 4-1 win against this same opponent.

Still, Ferencvaros remain the best in the group. The result of the previous match-up will be considered a fluke, and they will be determined to make it so with a crushing win this Thursday.

They are at their home, where they performed well throughout this season. They also found the back of the net consistently, and have all the required momentum to go after their objective.

Meanwhile, Red Star have shown some major weaknesses on the road. They failed to recreate their form on the road, and their defense was not up to the mark as well in these matches.

Likely, count on Ferencvaros to avenge themselves with a win this Thursday in front of their home crowd.

Disregarding their temporary loss of form a couple of weeks back, Ferencvaros have been in top-notch form all through this campaign. Particularly at their home, they are on a long winning streak, and are scoring goals in absolutely mindboggling numbers.

Meanwhile, Red Star have been inconsistent on the road, and they have also kept clean sheets on the road just once in a while.

On top of that, they have also been total failures in the Europa so far, barring the very last match-day.

It appears that Ferencvaros will make light work of their opponents this Thursday at the Groupama Arena.

Furthermore, considering the result of the reverse fixture, it is obvious that Red Star will try their luck once more. At the same time the hosts will be determined to exact revenge. Likely, chances are high that we will witness goals in huge numbers.