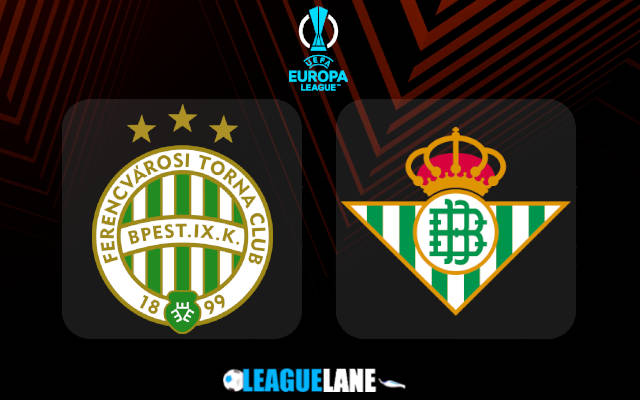 Real Betis travel to Hungarian capital to battle Ferencvaros in the second round of the UEFA Europa League.

Real Betis showed a fantastic team spirit to come from behind despite conceding two early goals at home to Celtic at the start of their Europa League campaign.

The Spanish outfit responded with four subsequent goals to win the match 4-3 at the end and thus secure a victorious start to their first Europa League campaign since 2019.

Chilean manager Manuel Pellegrini is generally doing a fabulous job with Real Betis at the start of the season.

Los Beticos are on a run of three wins and a draw in the last four La LIga games. They have been scoring goals for fun lately.

Betis bagged at least two goals in each of the last five outings across competitions. The 4-3 win over Celtic was backed up with a 2-2 draw at Espanyol and additional back-to-back victories over Osasuna (1-3 on the road) and Getafe (2-0 at home).

Willian Jose has been the standout performer lately. He has just completed a brace in the weekend’s home win over Getafe.

Nevertheless, it is worth mentioning that Betis are yet to keep a clean sheet on the road this season. Each of their three away matches in this term of La Liga has seen goals scored at both ends.

Ferencvaros, who enjoyed a decent campaign in the UEFA Champions League last season, just couldn’t hold on to their early lead away at Bayer Leverkusen two weeks ago.

Their best player Ryan Mmaee pushed them in front eight minutes into the match at BayArena, but Bayer found a way to turn things around in the second half on the occasion.

This will be the first clash between these two sides.

This match screams goals for us. Real Betis play super-attacking football under Pellegrini, while Ferencvaros are well capable of scoring goals against any opposition, especially when they play at Groupama Arena.

The hosts Ferencvaros failed to score just once in the last seven Champions League affairs at home (the run includes the last season’s group stage affairs with Juventus, Dynamo Kyiv, and Barcelona). The Over 2.5 goals FT & Both Teams To Score looks to be a banker bet at the odds of 2.10 here.