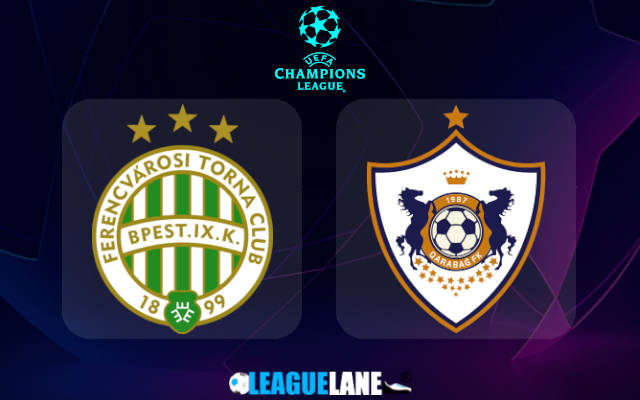 It’s all wide open ahead of the reverse fixture of the third qualifying round in the UEFA Champions League between Ferencvaros and Qarabag.

The first leg did not bring us a winner since Owusu cancelled out Franck Boli’s early opener for Ferencvaros seven days ago in Baku.

It was an evenly-matched affair, just as we predicted knowing both outfits’ pedigree. It will be very hard to separate these two sides in this return outing as well.

Ferencvaros are slight favorites according to the bookies but this comes down to the home court advantage only.

Qarabag have been more successful in European competition in the last decade. Azerbaijani champions did not miss out on a group stage of either UEFA Champions League or UEFA Europa League in any season since 2014/15.

The Azerbaijanis obviously know what to do and how to stay competitive at this level despite lacking genuine competition in the domestic league where they won the title by almost 20 points difference last season.

After all, Qarabag have already eliminated the likes of Lech Poznan and Zurich on the way to this clash against Ferencvaros.

They have bagged five goals over two legs past Lech and Zurich each. We would by no means be surprised to see the visitors on the scoresheet here in Budapest.

Ferencvaros are also more than capable of scoring goals. Much like their rivals, they have notched five goals over two legs past Tobol and Slovan Bratislava apiece (their previous opponents en route to the third qualifying round).

This is why we see Both Teams To Score as the best betting option here at the 1.90 odds, You can alternatively back another draw between these two clubs at the 3.40 odds.