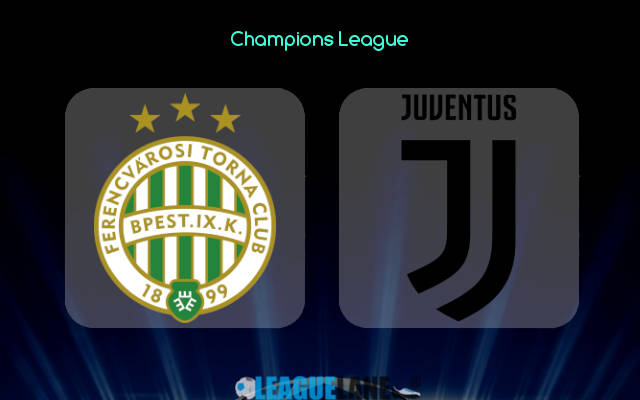 Rumours that Andrea Pirlo might get sacked were getting louder and louder before Juventus’ match against Spezia on Sunday.

The Old Lady have secured three points in that match in a convincing fashion, which probably bought some time for this manager.

Would potential failure in Budapest this Wednesday be the final straw?

Ferencvaros were one of the most unpredictable teams during the UCL qualifiers, eliminating some big names like Celtic FC and Dinamo Zagreb, which means they are hardly going to enter this encounter with a white flag.
As expected, Juventus are massive favorites to win the match at 1.25 odds.

There were no previous head to head encounters between these two teams in the past.

The last time Juventus have faced some club from Hungary was season 1979 in UEFA Cup Winners versus Gyori, winning the duel 3-2 on aggregate.

Ferencvaros played against Italian clubs once in the past, losing to Inter Milan 1-5 on aggregate in 1966 in Champions Cup.

Ferencvaros were in a rough spot last week after conceding two goals in the first half at home against Dynamo Kiev.

However, they kept pushing and made a big comeback in the second half. Nguen and Boli scored to secure big point for this squad. They even scored one goal against Barcelona at Camp Nou, so Juventus definitely shouldn’t underestimate them.

This team has collected 17 out of possible 21 points in Hungarian NB I league, and form overall is at decent level.

Juventus are hardly going to be compromised when it comes to top two spots in this group, but some of the performances are not looking promising.

The Old Lady have kept only one clean sheet in the last six outings across competitions, failing to do it against weaker teams like Spezia and Crotone.

Big news is the comeback of Cristiano Ronaldo. Portuguese super-star was the deciding factor during the weekend, entering the game in the second half and scoring two goals.

With him in the roster, Ferencvaros have nothing to hope for on Wednesday night.