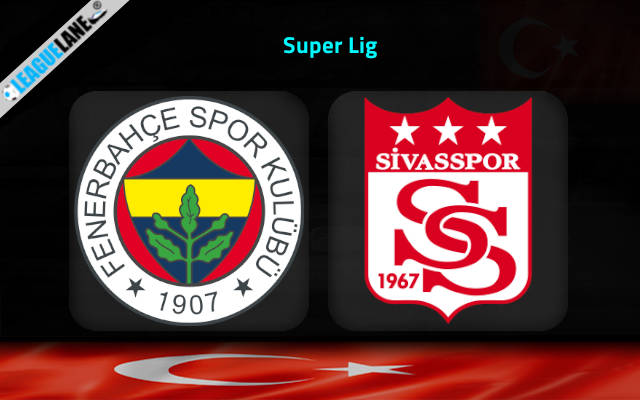 Fenerbahce are easily the best in the Turkish top flight this time around, and they are deservedly in possession of the first spot. They are at home this Monday, and are favorites to register a winning performance against the struggling Sivasspor.

Sivasspor are floating above the relegation cut-off as of now. In fact, they are level on points with the cut-off, and that too after playing an extra game.

They have just two wins to their name all through the campaign, and only a handful of teams have let in more goals than them in the competition.

It is also worrying to their fans that they have a 100% losing record on the road, barring a single match-up.

Meanwhile, Fener have a lead of three points at the top of the table, and they lost just once all through the campaign. They also scored the most number of goals of all the teams in the league. In fact, while they found the back of the net 34 times so far, the next best is just 25.

It is also to be noted that they are the only team in the whole competition to have won the last four games in a row.

Surely count on hosts Fener to register a win this Monday.

Fener are on a long unbeaten run, that stretches back to August. In fact, barring just two draws, they have a 100% winning record during this period.

Do also note that the last they lost at home was back in February, and that too in the Conference League.

On the other hand, Sivasspor have just five wins to their name since May, and all along they let in goals in huge numbers. Do also take into account the fact that they have just two clean sheets away from home since January.

By the looks of things, expect a win for Fenerbahce this Monday.

Tips for Fenerbahce vs Sivasspor