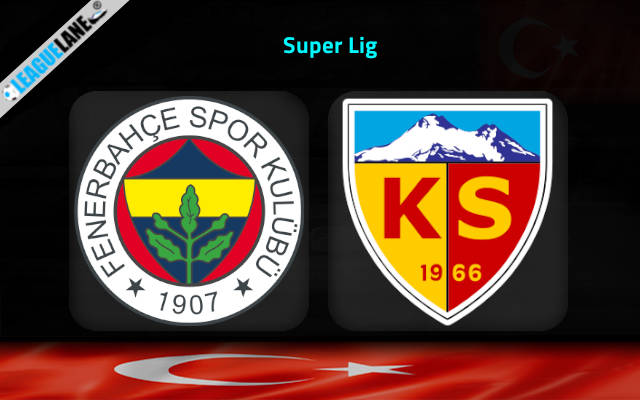 Fenerbahce were one of the absolute best teams in the Turkish top flight they last season and they even had secured a second-place finish at the end of the campaign. Meanwhile Kayserispor had to settle for a finish slightly above the relegation cut off.

It seems that they have stuck with this poor form and have been struggling to consistently post points on the board in this new season.

And most importantly they have been in a total mess in away fixtures. In this new league campaign, they have a 100-percentage losing record on the road and are yet to find the back of the net in one of these matches.

Meanwhile Fenerbache have a 100-percentage unbeaten record in front of their home crowd and they have found the back of the net and plenty in these games as well.

Moreover, they also have a dominant head-to-head record against this rival over the years and taking into account all these observations it is expected that Fenerbahce will deliver a winning performance this Saturday.

Fenerbache were unbeaten in 28 of their previous 29 overall fixtures and in the process, they had gone on separate eight-game, five-fixture as well as four-match winning streaks. Do also note that they had scored four or more goals in three of their past five overall games.

Considering these observations as well as the head-to-head superiority of Fenerbahce, expect a victory for them this weekend.

Tips for Fenerbahce vs Kayserispor