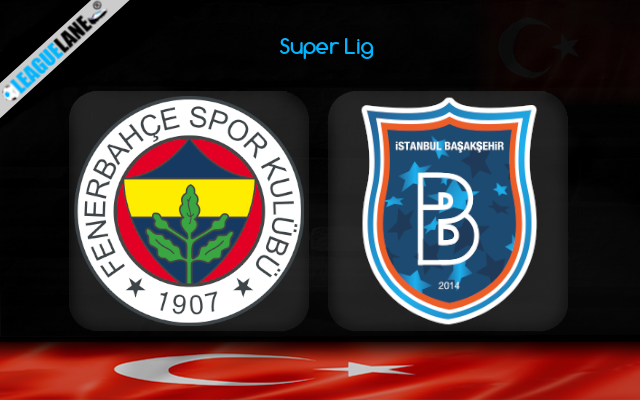 The best attack in the league will clash with the competition’s best defensive line on Saturday evening as Fenerbahce and Istanbul Basaksehir take on each other in the derby of the Matchday No 11 in Turkish Super Lig.

The teams are lock on 20 points after 9 outings and currently share the second place in the league ladder, sitting just one point behind surprising leaders Adana Demirspor.

Fenerbahce eased past the struggling Ankaragucu 0-3 on the road on Monday and they will come into this tie encouraged with a run of four successive wins in all competitions.

Jorge Jesus’ men are scoring goals for fun these days. They notched at least two goals in each of the previous four outings in all competitions.

Fener also bagged as many as eight goals in the previous two domestic league wins over Fatih Karagumruk and Ankaragucu.

Enner Valencia and Michy Batshuayi made a deadly attacking duo. The former is the competition’s top scorer with 10 goals so far in the season, while the latter was on target in the mentioned thumping of Ankaragucu on Monday.

It will be very interesting to see how this duo will fare against Istanbul Basaksehir who have only conceded three goals since the beginning of the season.

The team led by Emre Belozoglu are also doing great in the UEFA Europa Conference League where they won three and drew one of the opening four games in the group without conceding a single goal in the process.

Both teams will come into this in the highest of spirits and the game could go either way. We are thus very much tempted to back Istanbul Basaksehir just because of the value as they are 3.60 to win here.

We trust Basaksehir’s rock-solid defense and we’ll hence back the visitors to win in a low-scoring outing at the sky-high 8.00 odds.