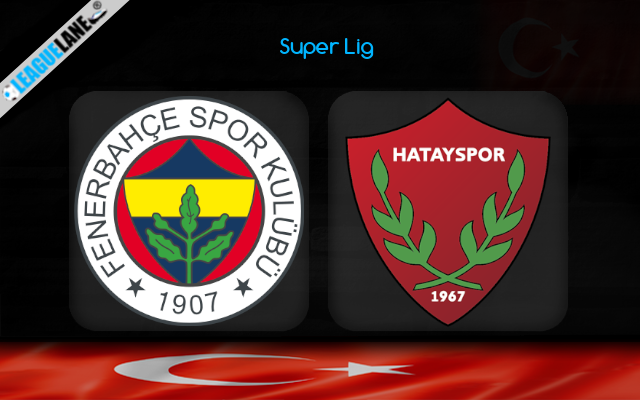 Fenerbahce will continue the busy winter schedule with the home clash against Hatayspor on Tuesday afternoon in the 16th round of Super Lig.

The current table toppers had a tough game against Trabzonspor three days ago and head coach Jorge Jesus should rotate his starting XI for this game.

Luckily for Fener’s fans, the famous Portuguese manager has such a diverse and rich array of available players.

Fenerbahce have been scoring goals for fun in the mid-season friendlies as they have won all four clashes against Rayo Vallecano, Villarreal, Alanyaspor, and Salernitana.

Jesus’ men have notched at least three goals in four of the last five outings, a run that includes the last weekend’s 3-1 win over Istanbulspor in the fifth round of Turkish Cup.

Hatayspor should not represent a massive threat to the current leaders. They hold the 14th position in the league ladder and they have lost 7 of the opening 13 games of the season.

The team led by Volkan Demirel have scored a league-low 12 goals in 13 matches before the World Cup break.

Hatay’s defensive line did not look great in mid-season friendlies either since the team allowed five goals in a demolishing defeat to Lazio in the last check earlier this month.

Fenerbahce are huge favorites here and the only question is how many goals will end up in Hatayspor’s net. We expect the number will be larger than two as the home win by two or more goals difference looks like a great betting option at the odds of 2.10.

You can alternatively back Fenerbahce to have the lead at the half time and win the match at the end at the 1.90 odds.