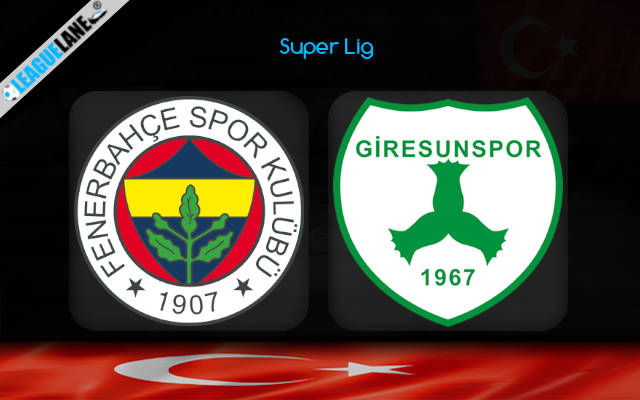 League leaders Fenerbahce will aim for their tenth win of the season as they will host Giresunspor at Ülker Stadyumu this week. Both teams have won their most recent outing respectively ahead of this fixture.

The host defeated Sivasspor in their most recent outing. Enner Valencia scored in the second half of that game. Jorge Jesus’s side showed quality in that game as they were down to ten men after Michy Batshuayi received a red card in the 48th minute of the game.

They are now on a five-game winning streak. Moreover, they have a five-point lead against their rivals Istanbul Basaksehir.

The visitors got their third win of the season when they defeated Istanbulspor by 3-2. Robert Mejia scored the winning goal in the 57th minute of the game. This victory helped the team climb up from the relegation zone.

This is their first win of this month, if they are able to replicate such result they will enter the top five towards the end of this season. However, they will have a difficult game at Ülker Stadyumu.

Do note that the visitors have lost 50% of their matches this season. Moreover, the last time they won an away fixture was back in August this year.

You can back the following, as our first tip is that Fenerbahce will win this game by 2-1 – the odd for this tip will be at 9.00. This is after considering that the host have won the last two meetings by scoring exactly two goals. Also, they have the best winning form in the league this season.

Our next tip for this game is that Both Teams to Score – the odd for this tip will be at 1.90. It is rare for a goalless match whenever these two sides have clashed. In the last four consecutive head-to-head matches, both teams have scored.