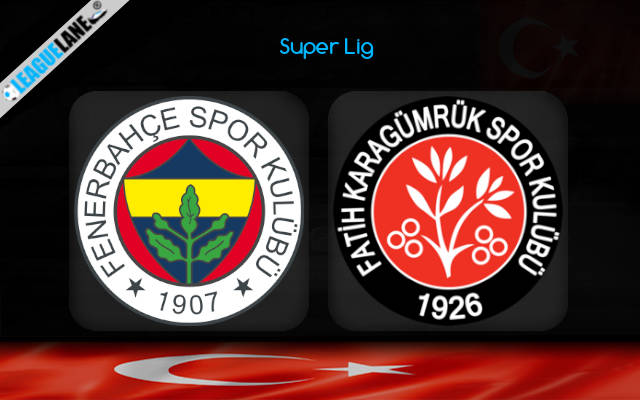 Fenerbahce is on top form in their matches this season. Their strong form has placed them on the top half of the league table. Fenerbahce needs to secure the win in the remaining matches if they wish to secure their position in the Champions League Qualifiers. Currently, the team stands second on the league table with 69 points from their matches. At the moment, the team is unbeaten in their last twelve matches.

Fenerbahce played their last match against Besiktas. Both teams scored one goal each, ending the match in a draw with 1-1 FT score.

Faith Karagumruk has played well in their recent matches. From the last ten matches, the team has got six wins, two draws and two losses. The team is unbeaten in the last five matches as well. Their strong form has helped the team stand sixth on the league table with 56 points from their matches. With only two matches remaining, the team still has a chance to play in the Conference League if they secure wins in both upcoming matches.

With the win in the last match against Goztepe, Faith Karagumruk has won consecutively in the last three matches. Karagumruk scored three goals in the match while Goztepe could score only one, ending the match with 3-1 FT score.

Fenerbahce in this match has the added advantage of playing in their home ground. The team has won consecutively in the last four home matches, scoring over 1.5 goals. Faith Karagumruk’s win in the last match ended the team’s three-game cold streak. The team has shown an inconsistency with their wins in the away matches as well.

Looking at the records, Fenerbahce is most likely to secure the win in the match. We can also expect the team to score over 1.5 goals in the match as well.