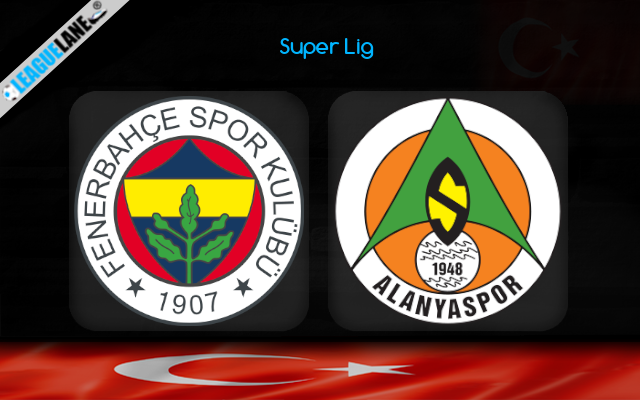 Fenerbahce will be hosting visiting rivals Alanyaspor at Ulker Stadyumu in this Super Lig game on Sunday.

Going on, things are finally heating up for the team after a slow start caused by back-to-back winless fixtures. They will be looking for another win after a 2-1 Super Lig victory against Ankaragucu.

Meanwhile, Fenerbahce claimed the second spot of past Super Lig table in a dominant style. Disregarding the toppers, they had scored the most number of goals in that season.

They have picked up things from where they left off in the previous season. The Yellow Canaries showed some of their offensive potential in the opening fixture’s 3-3 draw against Umraniyespor on the home patch.

Since then, they won 3 fixtures in the league scoring goals in huge numbers. Jesus can be thrilled with the performances of his men’s offensive line at the start of the season.

Alanyaspor were winless in 5 of the past 8 overall road trips and they had gone on a separate 2-fixture losing streak in the process. Going on, they had let in a total of 5 goals in their previous 3 away fixtures.

On the other hand, Fenerbahce were unbeaten 9 of the previous 10 fixtures in front of their home crowd. They had gone on 2 separate 4-fixture and 3-fixture winning streak over the course of past 10 home appearances.

Do also not that they scored a total of 15 goals in the previous 5 home fixtures.

Considering all these observations, we expect a winning performance from Fenerbahce on Sunday.