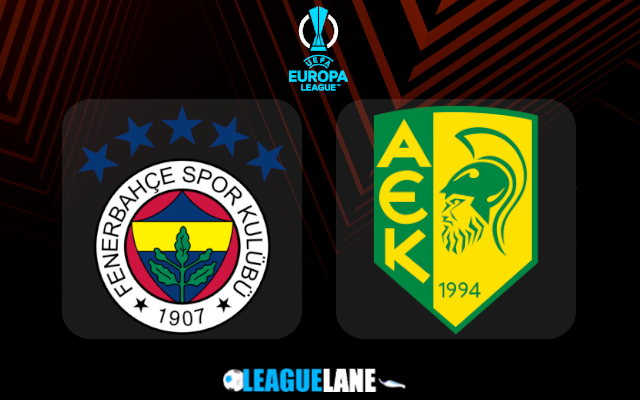 Fenerbahce will be hosting rivals AEK Larnaca in this Europa League game on Thursday at Ulker Stadyumu.

The bookmakers see the hosts as pretty big favorites for the win, pricing them at just 1.36 to claim the spoils here.

It is very easy to understand why because Fenerbahce have had an impressive start to this Turkish Super Lig season. They will go into this Europa League fixture off the back of 5 consecutive unbeaten fixtures.

They have scored a total of 11 times in the process. Do also note that they have evaded a defeat in both the group stage fixtures they appeared so far in this campaign.

Meanwhile, AEK had an impressive form throughout the previous Cyprus First Division season. The team had finished second in the league standings and were seen playing a set of European qualification fixtures lately.

Going on, Green Yellows have not started their new season on a positive note. They have been able to find the back of the net just 7 times so far in the season.

However, they should represent a decent test for Fenerbahce as Larnaca won the previous round against Dynamo Kyiv with a 0-1 ft score.

The current home form of Fenerbahce is more than enough to back them in sealing a win. They are on the back of a 5-game winning streak here and had scored a total of 17 goals in the process.

On the other hand, AEK Larnaca were winless in 3 of the past 5 road trips and had lost 2 in the stretch. We can expect a goal from them since they have managed to score a total of 5 times in the previous 4 away outings.

Taking into account these observations, we back the Home Win & Both Teams to Score bet at the 3.30 Odds.