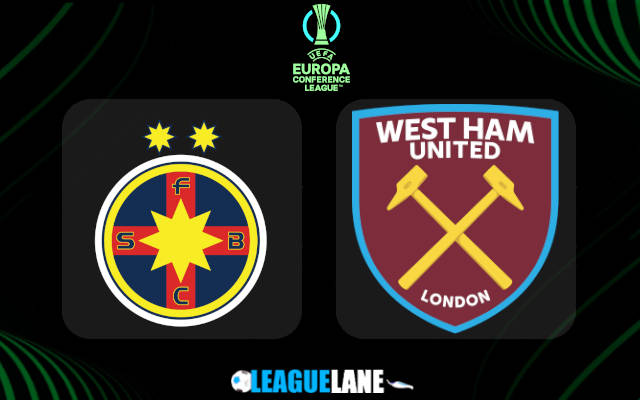 The Hammers have already ensured the top-most spot in the group, and thus have entered the knockouts in style. They will try to keep this momentum going against the dead-last placed FCSB, who are already eliminated, and have nothing left to play for.

FCSB have a 100% winless record so far in the competition, and it is no wonder that they are in possession of the bottom-most position. In fact, they have a 100% losing record barring just two draws, and they conceded more goals than all the other teams in the group combined.

It is also to be noted that they scored the least number of goals in the group, and most importantly they are mathematically out of the tournament as well.

Meanwhile, toppers West Ham have a lead of nine points already, and they have a 100% winning record. They conceded the least number of goals in the group, and they will definitely be eager to make it to the next round with a perfect record.

They are surely going after the title, considering that not much competition remains for them in the Conference League. This is a huge opportunity for the squad, and they also recorded a win in the reverse fixture.

As things stand, expect a convincing win for West Ham this Thursday at the Arena Nationala.

Not only are FCSB going through a poor stretch of performances at the moment, but they honestly do not see any point in fighting this upcoming match-up. They would rather turn their attention towards their domestic league.

On the other hand, the Hammers have a great opportunity to lift the Conference League this season. And the chance to complete the group stage with a perfect winning record is huge for them.

Count on the EPL team to deliver a compelling win this Thursday.

Tips for FCSB vs West Ham