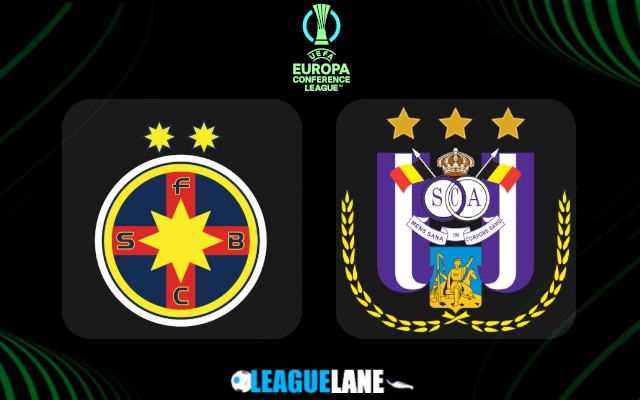 FCSB has been shambolic since the start of this season and was falling through the ranks of the Romanian league match by match. They are on a 4-fixture winless streak at the moment.

Going on, FCSB locked horns with English club West Ham in their opening fixture of this Europa Conference League season. As expected, the team lost 3-1 on the road.

Dica’s problem lies in his team’s defensive line, which allowed a total of 9 goals in the previous 4 fixtures. Their offensive side is also not impressive.

Meanwhile, Anderlecht had an impressive form throughout the previous season and it seems that they have carried over the momentum. They will be determined to deliver their absolute best in order to extend their current winning streak.

Moreover, Anderlecht was ere one of the three outfits to score a total of more than 70 goals the past season. They displayed the same offensive potential in two of the previous three fixtures scoring two or more goals in each.

Going on, the Purple & Whites had an impressive start to this Conference League season. They will enter this fixture on the back of a 1-0 win against Silkeborg from the opening game.

The Red and Blues were winless 5 of the previous 8 appearances in front of their home crowd and had gone on a 3-fixture winless streak in the process. Moreover, they leaked a total of 7 goals from the past 5 home matches.

On the other side, Anderlecht was unbeaten in 7 of the previous 10 road trips and had gone on a separate 3-fixture winning and unbeaten streaks in the process.

Taking into account these observations, we expect a winning performance from the visitors on Thursday.