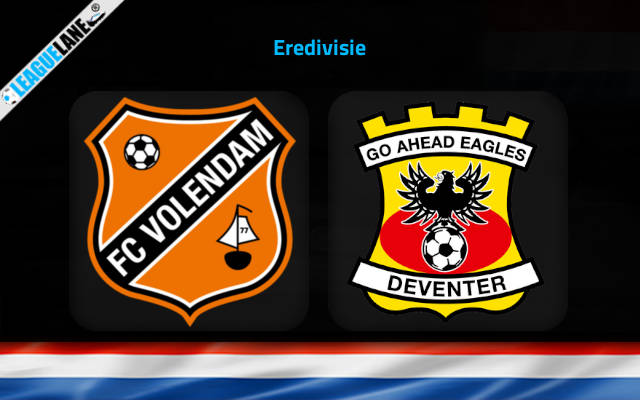 Both Volendam and the Eagles are counted amongst the worst teams in the Dutch top flight at present. And as expected, the two squads are seriously lacking in their defense.

Volendam are placed 16th in a table of 18, and are on a losing streak. They let in the most number of goals of all the teams in the competition, and on top of that, they are also a recently promoted team to the top flight.

They were part of the second division the previous season, and it was predicted that they would find it hard to cope with the intensity of the teams in the top flight.

It seems that so far the prediction has held to be true.

Meanwhile, the Eagles have a 100% losing record in the competition, and are placed 17th in a table of 18. Even the previous season, they escaped relegation by the tiniest of margins, and had a –14 goal difference at the end of the campaign.

Going on, majority of h2h meetings over the years witnessed goals coming in huge numbers, and taking into account all these observations, expect a high-scoring affair this Friday at the Kras Stadion.

Volendam lost five of their previous seven overall fixtures, and they let in a total of eleven goals just from their past two games. They were also winless in nine of their past eleven matches.

Considering these observations, expect a high-scoring affair this Friday between the two teams.

Tips for FC Volendam vs Go Ahead Eagles