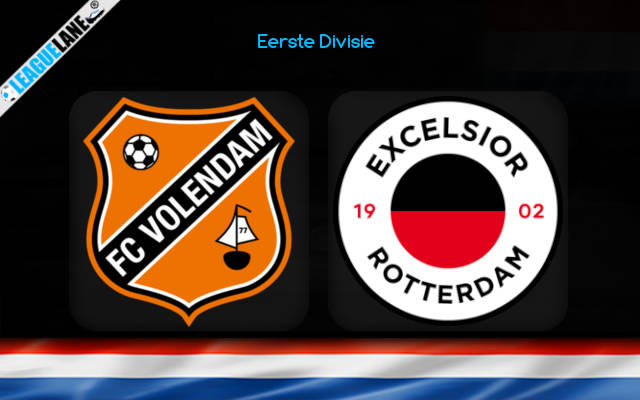 In game week 30 of Eerste Divisie, Volendam faces Excelsior for their next match on Friday at Volendam.

Volendam played their last match against VVV-Venlo. Both teams failed to score in the match, ending the game in a goalless draw.

Excelsior has added another win to their win-streak after their last match against Den Bosch. Excelsior scored four goals in the match and left Den Bosch goalless. The match ended in a win for Excelsior with 4-0 FT score.

Excelsior has found their footing again in their league matches. They have won consecutively in their last four matches and have kept clean sheets in the last three as well. Their strong performance placed the team as third on the league table, with 55 points from their matches.

Volendam and Excelsior have played well in their matches to become one of the top contenders in the league matches. However, Volendam is unbeaten in more than twenty matches. The first and third placed teams will surely put on an exciting match.

Volendam has put on some exciting matches in their home ground. They are on a win-streak in their home matches, which have lasted for six consecutive matches. Excelsior’s win in the last road trip against Jong Utrecht has ended their three-game cold streak.

The match is most likely to end in a win for Volendam. However, in most of their matches, the opposition has scored against them. So, the match will probably end with over 2.5 goals.