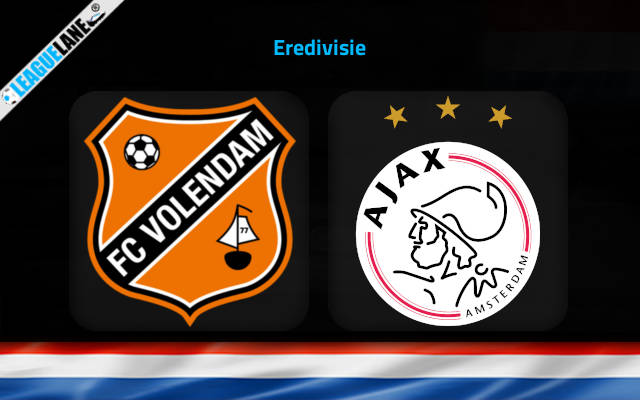 The host can be considered as the most disappointing team this season. They have only managed to win a single game this campaign. In their most recent outing, they lost to Fortuna Sittard by 2-0.

In that game, Bilal Chikh received a red card in the 39th minute of the game. Hence he will miss this important fixture.

The only change Wim Jonk’s side have seen is that in their last two games they lost only by a narrow margin.

On the other hand, the visitors had to settle for draw against Go Ahead Eagles most recently. In that game, Davy Klaassen scored the opener in the 45th minute of the game. The team is now on a two-game winless streak following this result.

If Alfred Schreuder’s side manage to win this game, it will help them jump to the top of the table. Moreover, the host have lost four of their previous five fixtures, hence it will be an easy task for ajax side to win.

The host have conceded the most number of goals this season. The rate is at 2.88 goals per game. Moreover, they lost over 67% of their league matches.

It is worth knowing that the visitors have scored eleven goals in their last four matches.
Moreover, they attempted 23 shots in their most recent game. This shows that if they manage to do the same in this match as well, they will surely score many goals.

Our first prediction is that Ajax will win this game by 3-0 – at 9.00 odd. This is after considering that they have won two of the last five meetings by scoring three goals at Kras Stadion.

Moreover, our next tip for this game is that Ajax will keep a clean sheet – at 2.20 odd. The visitors have kept two a clean sheet in five of the last six matches against this side.

Also, our next tip is that Steven Bergwijn will score anytime – at 2.05. He has scored six goals in his last eight appearances this season.